“It’s a clubhouse for people who have experienced the profound impacts of mental health.  To get their lives back, to work on recovery, to take part in work-related activities, and to find belonging and community,” Forester explained.

Connections Place was created in Victoria because of the determination of one mother, Jackie Powell, desperately searching for help for her son.

“It was in 2013” says Powell, “that my youngest son became ill with a mental illness, and I struggled to find some programs for him that he felt comfortable in.”

Powell learned about Clubhouse International from a neighbour. There are more than 300 Clubhouses around the world.

“He was telling me about the model in Winnipeg that helped his brother so much.  So I did a lot of googling, and discovered the Pathways Clubhouse in Richmond.”

With her husband, son and a good friend, Powell visited Pathways, and she knew she’d found the help and support for her son she’d been searching for.

“We all knew this was it.  This is what we needed in our city. And it’s been non-stop from there.”

Opened in February 2019, Connections Place members apply with a referral from health professional.

“Membership is free and for life, and you can take part as little, or as much, as you like,”  says Forester.

Now with 130 members and counting, when the doors had to close mid-March due to COVID-19, Connections Place turned virtual, to ensure their members were still being supported.

“In the month of April alone we made 176 contacts through our Zoom meetings, we had well over 145 phone calls,” says Forester.

“I think mental health is really felt in relationships first,” says Forester.  “There’s a lot of isolation people feel on a good day, so when you think about the great reduction in services, the limited ability to connect in our community, folks who are feeling the impacts of mental health are that much more impacted, and they really need this point of contact to stay connected, and work on their wellness, so that they don’t fall into deeper mental health issues.”

The Rapid Relief Fund was a huge help too.

Connections Place hopes to reopen to their members in the second week of June.

“We’ve purchased a lot of PPE’s” says Forester.  “We’ve made a lot of changes to the Clubhouse.  And we’re reducing the amount of members that we’ll have in the clubhouse at any one time.  We’re doing two shifts. We’re having members show up in the morning, and then we’ll serve lunch, do a short close-down, and then we’ll have a different group of members show up in the afternoon.” 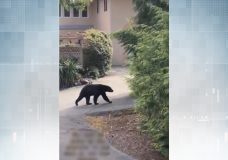 'He was so chill:' Black bear sighted in Langford neighbourhood on Sunday 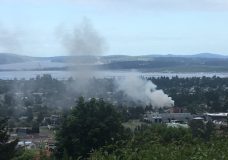