The City of Nanaimo has fined a developer $50,000 for cutting down 100 trees on private property on Old Victoria Road without a permit.

The violation happened last spring, and neighbour Mindy Bourne brought the land clearing to the city’s attention when she felt something wasn’t right.

“It was nesting period. I’d hate to see the nests that are buried under those trees that are just lying there now dead,” Bourne told CHEK News.

The city recently reached a consent agreement with Top Down Investments, the company that owns the land, and levied a penalty of $500 per tree, which is the minimum fine under the city’s bylaw.

“These trees would have been permitted to be removed had an application been made and this was a first-time offender,” said Jeremy Holm, Nanaimo’s director of development approvals.

“We understand there was an element of ignorance or lack of awareness of requirements. As well the individual was cooperative.”

The city says it can’t release the consent resolution agreement it reached with the company due to client-solicitor privilege. It also says it can’t share the fine payment schedule, though the first payment was paid in October, and an investigation did not determine what types of trees were cut down or their ages, as it’s difficult to determine after the fact.

“The message really is trees are important. They are protected and there are consequences to removing them without a permit if a permit is required,” said Holm.

Top Down Investments declined to comment on this story. When speaking with CHEK News in the spring, however, its CEO apologized, stating there was a miscommunication with their contractor and that the company was taking full responsibility for the incident.

The complainant, Bourne, has a hard time believing it was accidental.

“I have my doubts that that’s the case if this company owns all this property and hires tree removal companies. I’m sure they’re fully aware of the bylaws,” said Bourne, noting she hopes the fine will deter others from cutting trees without proper permits.

The city, meanwhile, believes its tree bylaws are working, as cases like these are rare.

The company has also started to pay an additional $31,200 replacement charge to ensure the trees are either replanted at the development site, once completed, or elsewhere in Nanaimo, the city adds. It’s the calculated amount all developers must pay when going through the local tree removal and development process. 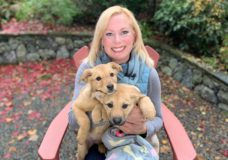 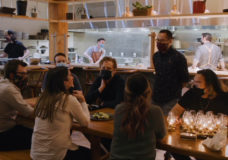 Road to Recovery: The culture of happy work