File
A man has been arrested for allegedly making and using counterfeit money in the Comox Valley.

A man has been arrested for allegedly making and using counterfeit money in the Comox Valley.

Pedro Cisneros, 50, has been charged with producing the counterfeit money, using it and possessing it, according to Comox Valley RCMP.

Police began investigating the issue after receiving several reports in January about counterfeit currency being used to pay for goods at some businesses.

“When a business accepts counterfeit bills, they are not reimbursed by anyone and they lose all of that money. This is particularly unfortunate during a time that small businesses are working hard to stay open through the pandemic,” said Const. Monika Terragni, the detachment’s media relations officer.

“We appreciate the businesses who assisted with the investigation so the production and distribution of this counterfeit could be stopped.”

RCMP then executed a search warrant at a hotel room, where they found a small counterfeit operation, including a printer, paper and some manufactured bills. 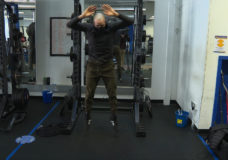 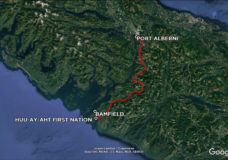