Andy Everson has been a Star Wars fanatic since he was a young boy.

“You know, a child of the 1970s and I collected all the toys and stuff growing up,” he said.

Andy has collected or made a lot of Star Wars memorabilia including prints he designed himself and a full stormtrooper uniform.

Even his Christmas tree is decorated with stormtrooper figurines and a helmet on top.

But one piece of art that’s getting a lot of attention right now is a stormtrooper helmet painted with a traditional northwest coast First Nation design.

“I wanted something that was representative of the warrior spirit to be represented on this helmet,” said Everson.

“It?s drawing people who wouldn?t normally be interested in our art form but when they see it combined with this very popular (Star Wars) image then it?s the thing that draws them and I like the fact that it?s bridging this gap between cultures in a way,” said Everson’s partner Erin Brillon.

Everson calls the helmet “Northern Warrior” and draws parallels between the Imperial Army in Star Wars and British Imperialism. He’s clearly proud of the piece and just a few months ago he and Brillon joined forces to put the image on shirts and hoodies.

Sales took off and then the helmet received even more attention as pictures of it were seen online.

Combine that with the newly-released Star Wars, The Last Jedi film and the reaction was immediate.

“And the surprising thing is there were so many people from the US. It reached a lot of people who are typically outside our demographics,” said Brillon.

“It means a lot. I think anytime you get recognition for your work it is meaningful,” added Everson.

They’ve recieved orders for shirts and hoodies from as far away as Florida. 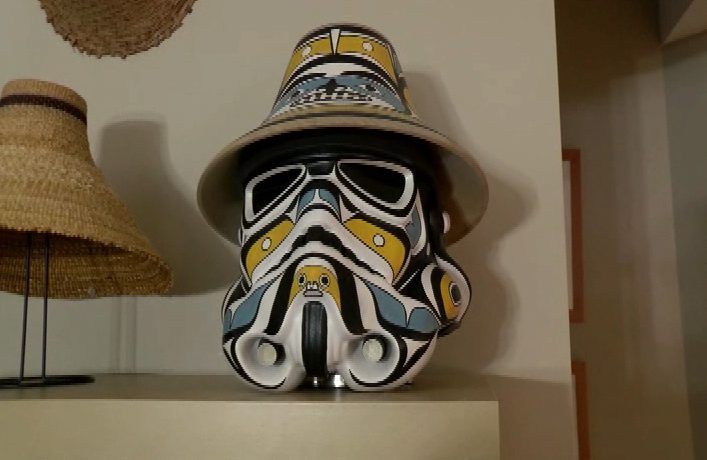 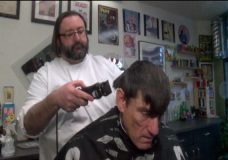 Generosity pours in to help homeless good Samaritan in Nanaimo 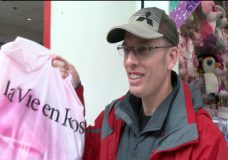 Christmas Countdown: Friday could be the busiest shopping day of 2017