Generosity pours in to help homeless good Samaritan in Nanaimo

WATCH: A Nanaimo homeless man is feeling on top of the world after receiving an outpouring of kindness towards him. The acts of kindness came after he returned a woman’s priceless diamond ring Tuesday.  Raymond Ahlstrom says he is blown away by the reaction CHEK News’ story on his search for a woman’s heirloom ring sparked and it has already begun to change his life. Skye Ryan has more.

Raymond Ahlstrom’s used to carrying his head down but strangers wanting to shake his hand and say thank you won’t let the homeless Nanaimo man do that any longer.

“I appreciate it,” said one man who approached Ahlstrom. “Everything you did.”

“You made that woman’s Christmas by finding that ring for her,” said another man.

Ahlstrom, who was down on his luck and living on the streets, returned Trinda Gajek’s priceless diamond ring on Tuesday.

He had made it his mission to find the ring and return her generosity. The Salt Spring Island woman had accidentally handed the ring over in change to another homeless man last week, only to realize later it was gone. With Ahlstrom’s connections on the streets and big heart that he’s famous for out here, he made her Christmas wish of getting it back come true.

A grateful Gajek gave Ahlstrom a generous cash reward and strangers are also coming up to him with gift cards and offers of clothing and services. Ahlstrom told CHEK News he really wanted in a makeover to make him look as good outside as he now feels inside.

That 50’s Barbershop in Nanaimo offered to do the honours free of charge.

“When I first saw that story on CHEK, I thought there was no way in heck that that lady was getting her ring back,” said Dave Lawrence of That 50’s Barbershop. “So it is quite amazing that she is and I’m very thankful for it. That’s an awesome thing to do.”

His act of kindness could be life-changing. Beyond the new look and recognition, it’s now led to him receiving a home since CHEK News’ story aired.

Anyone who is still interested in donating any clothing or household items to Raymond can drop them off at That 50’s Barbershop on Victoria Crescent in Nanaimo from 8:30 am to 7:30 pm on Dec. 22. 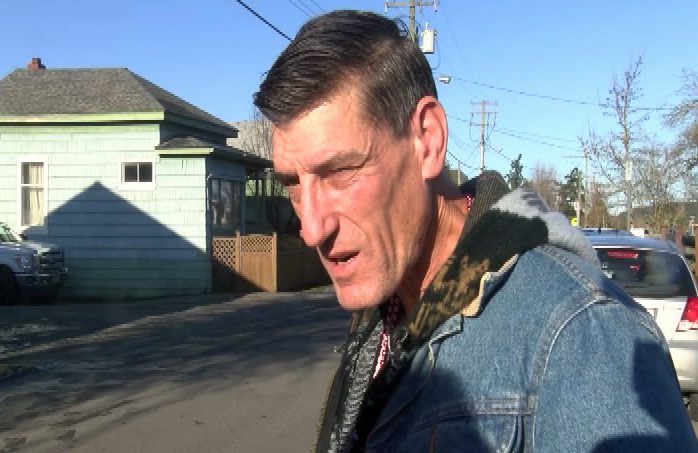 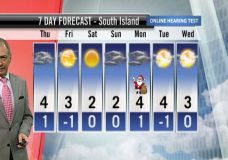 Ed's Forecast: Wet flurries possible for the first day of winter and a little colder 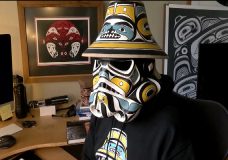