Posted: Aug. 4, 2020 6:42PM
CHEK
WatchA Port Alberni family is struggling to recover after losing everything in a house fire last month. Today they received some help to get back on their feet, but their friend, who happens to be the local member of parliament, says it's time something more is done to help families recovering from disaster.

On July 25, the Nookemus family lost all their belongings after a fire broke out at the Port Alberni town home they’ve rented for the past 10 years.

The family of four made it out safely but had to leave valuable items behind.

“We didn’t deserve this. I know everything in the home. We can buy everything all over again, but it’s the family pictures and the one thing that was in there was my wedding band,” said the Annette Nookemus.

The family did not have content insurance so buying everything all over again is not a simple process. So on Tuesday members of the Khalsa Aid Society gifted the family with a variety of items to help get them back on their feet.

“We decided as a group that we would provide the children with an iPad and a laptop, ” Said Kim Rai of  Khalsa Aid. Annette, who is studying to be an RN, also got a laptop and scanner for homework.

The family was also given money to buy groceries and clothes. Since the fire they’ve been living at a motel. NDP MP Gord Johns, a friend of the family, says more should be done to help Canadian fire victims.

“Clearly the system is broken when someone is in a fire and they only get a few days accommodation. The father is working full time and just getting by is hard enough right now.” Johns said.

While Annette is grateful for the donations, she says what really matters is that her son, who was on the second floor when the fire broke out was able to get out just in time.

A GoFundMe has also been set up to help the family

The cause of the fire is still under investigation. 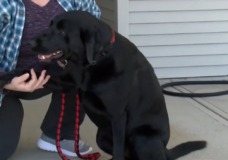 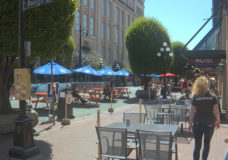