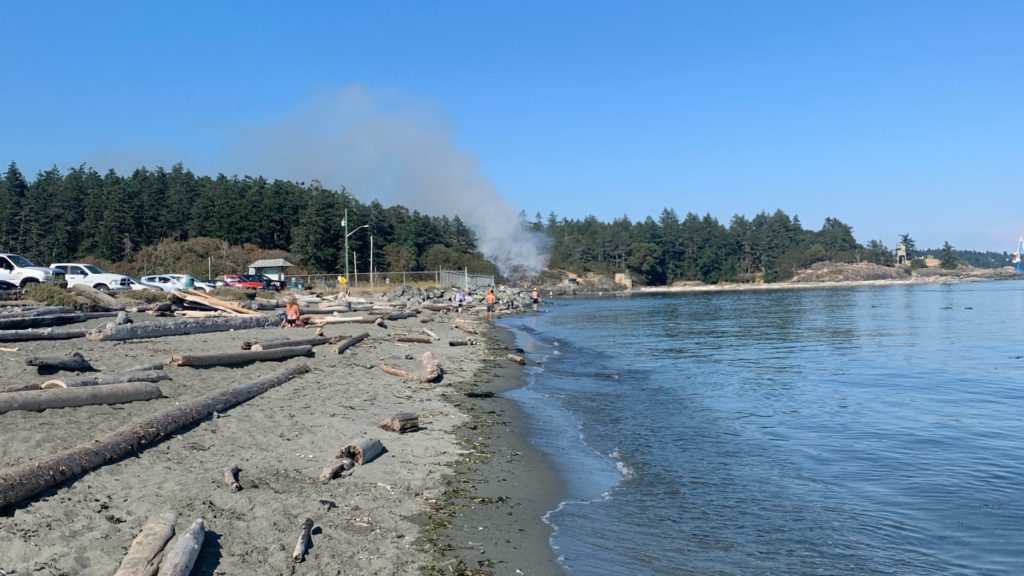 Colwood fire crews were called out to respond to reports of fire at Fort Rodd Hill Wednesday afternoon.

Viewer photos and video sent to CHEK News show a pillar of smoke near the bridge on the lagoon.

Shannon Secuur says she was at the Esquimalt Lagoon and people at the beach were watching the fire grow “bigger and bigger.”

Colwood Fire Chief Bryan Erwin tells CHEK News the fire grew to about half a hectare in size.

“It was Fort Rodd Hill property looks like it started just kind of on the foreshore up into the base of Fort Rodd Hill there on that property line,” Erwin said. “Upon initial arrival, I want to say we saw roughly a fire that may have been 100 feet by 150.”

“However, just due to the rough terrain, the steep slope, the slight breeze, we were seeing off the water, it grew very quickly. And then once we got water supply established, it was contained relatively quickly at that point.”

Erwin said the cause of the fire is not yet known, but since there was no lightning he can rule that out as a cause. He says there were no injuries due to the fire.

A witness at the scene, who did not want to be named, said her cousin was playing in the water when she saw something orange on the rocks.

She initially thought it was a plant, then when it got bigger she realized it was a fire so she called 911.

Erwin says he is grateful people called 911 as quickly as they did, so that crews could get out right away to fight the fire.

“It’s a good reminder that we are in extreme fire conditions here on the south coast, and having everybody aware and making sure that when they are out in nature, that they’re enjoying it responsibly and safely,” Erwin said.

“So things like this when they when they see smoke, or they see something like that, report it and the faster we get notification, the better off, so we can get there to mitigate the situation.” 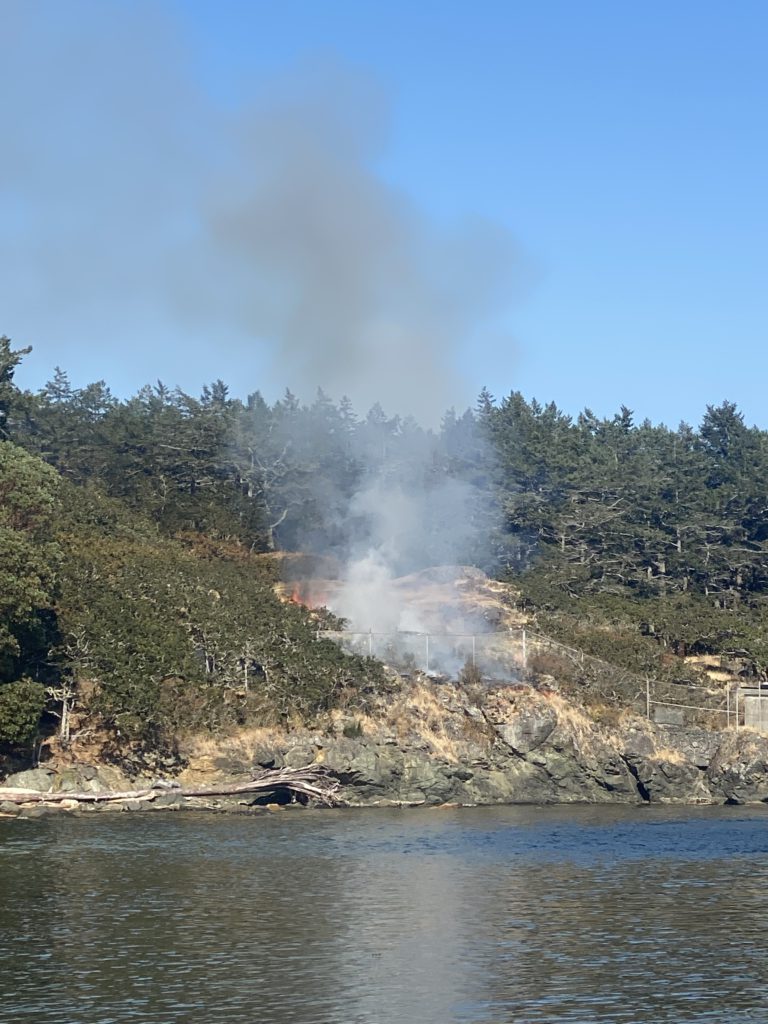 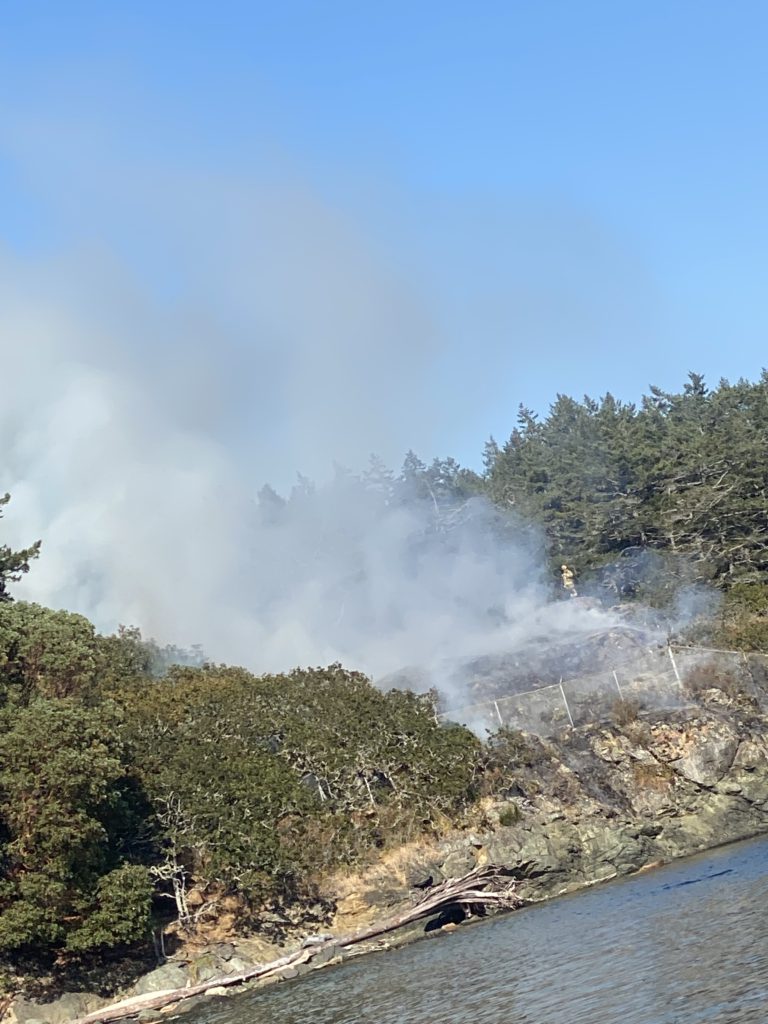 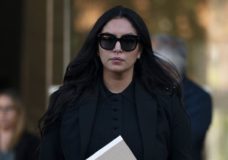 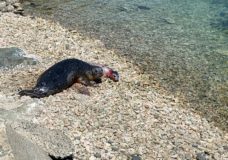