WATCH: Early this morning, Vic west residents woke up to a river running through their neighbourhood! A major water main burst on Esquimalt road, leaving some locals without running water. And as Kori Sidaway tells us, authorities are blaming the incident on a combination of cooler temperatures and old pipes.

UPDATE: Crews have repaired the watermain and Esquimalt Road is open to traffic once again.

It looks and sounds like a fast flowing river, but it was actually Esquimalt road earlier Monday morning.

“It was impressive and flowing very strongly for quite a long time before they could get it to shut off,” said Vic West resident Steve Bailey.

At around 6:30 a.m., a major water main burst near the intersection of Esquimalt and Tyee Road.

“You could see the pavement had been lifted right off the ground,” said Bailey.

“Pieces of pavement had been actually lifted right off the ground and strewn for a few hundred feet down the road. So I didn’t hear it but it sounded like it must have been an explosion when it happened.”

Water rushed down Esquimalt Road towards the Johnston Street Bridge where it began to pool on Harbour Street.

City crews worked to reduce the pressure and stop water flow, but that meant some nearby residents were affected.

“The first isolation ended up shutting off water to some of the neighbours for about an hour until they were able to divert that water around the break,” said the city of Victoria’s Director of Engineering and Public Works, Fraser Work.

The Johnston Street Bridge was closed to all traffic until mid-morning when crews were able to remove debris and drain some of the water.

Traffic along Esquimalt between Tyee and Sitkum Road remain closed as crews work to repair the pipes. And while authorities say there was no major damage, there are some big repairs are ahead.

“At that location, there’s a lot of rock. The buildings on the bedrock so to get in there and do the repair, we’ve had to ram out a lot of the rock that surrounds the pipe, and that’s what’s taking so long,” said Work.

As to why this big 12-inch pipe blew? The city says its old pipes can react to the changing weather.

“We have old infrastructure, this one is approximately 60 years of age,” said Works.

“[Pipes] do age, and we have plans in process to replace the oldest ones, but when the cold ground temperatures happen some of the older pipes will break.”

Regardless, the city says crews are making good progress and expect the road will return to regular service by tomorrow. 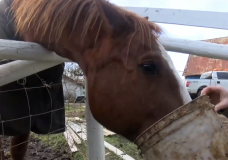 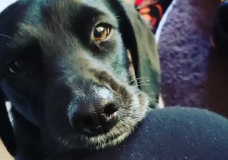