Another chilly afternoon by the water, and people are appropriately dressed for the cold weather.

It’s almost the middle of May in Victoria but it could be mistaken for winter.

The unusually cold weather started in April thanks to a system pulling cold air down from the Arctic.

And it is much colder than normal, according to Armel Castellan, Emergency Preparedness Meteorologist, Environment and Climate Change Canada.

“It’s been cold, and consistently so. We’ve had an open door to the Pacific given us slam after slam. In fact, Nanaimo saw its wettest April on record, 245 per cent of normal rain.”

CHEK News viewer Margaret Ryan took these photos during her drive from Tofino to Lake Cowichan this morning.

This weather pattern is expected by experts to linger for a while.

The snowpack is still intact in the Interior Castellan said, leading to concerns about potential flooding if the weather suddenly warms up.

“If we have all conditions lined up; so a lot of snow to melt at higher elevation and a big warm-up, coupled with a rain event on a particular watershed. Those are the conditions that spell potential troubling flooding.”

Capital Iron boasts BC’s largest outdoor patio furniture selection, but owner Mike Black said items that should be flying out the door at this time of year, are not.

“Any of the winter or warmer clothes that we had a little bit leftover, and some of the spring stuff that is normally used in rainy, and cold weather, that stuff is flying out the door. We’re getting a little low on it, but we have some.” 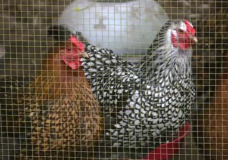 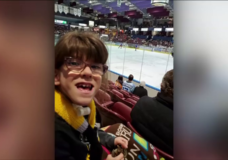