A year after his suicide due to PTSD, the family of late Canadian Forces serviceman Colin Bell gathered to see him honoured as a hero.

His name and picture were put on the Cobble Hill cenotaph alongside other military members lost in non-combat deaths this past year, including Capt. Jennifer Casey who died in a Snowbirds Jet crash this past spring.

Forty-seven-year old Colin Bell battled PTSD after serving our country on several tours of duty. His family said this recognition is well deserved.

“How proud he was in his uniform,” said his daughter Natasha Bell.

“He was just the best dad and I miss him so much.”

“It really is a proud moment” said his widow Patricia Bell. “It’s touching.”

Collins started the memorial in Cobble Hill in 2014 after Nathan Cirillo was shot dead while he stood ceremonial guard in Ottawa. This former military member stood guard at cenotaph for over 29 hours afterwards and has done it every year since. 2020 will be his seventh vigil, standing in the cold around the clock, warming up briefly in this camper as cadets or fellow serviceman James Baird keep guard.

“I’m very proud That Bob allowed me to join him after that year,” said retired Canadian Forces member Baird.

“We’re out here every October 22nd every year,” said Collins.

“I couldn’t think of a better reason to stand out here for 29 hours,” said Air Cadet volunteer Rachel Wilson.

It’s a remarkable gesture, according to the family of Colin Bell, who laid a wreath for him and reflected on a man who served his country proudly.

“It is amazing to see how they are honouring my Dad,” said Natasha.

Collins wants to see this day of non-combat remembrance spread across Canada on Oct. 22, to honour the overlooked heroes who have served this country. 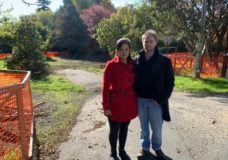 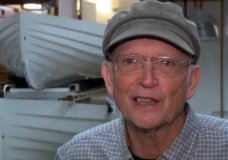