Closure of up to 17 fish farms by 2023 in Broughton Archipelago, province announces 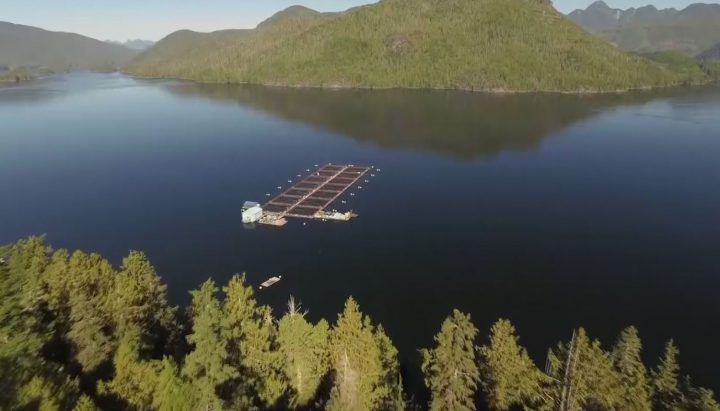 The provincial government announced up to 17 fish farms operated by Marine Harvest Canada and Cermaq Canada will be transitioned out of Broughton Archipelago between 2019 and 2023. File photo.

One First Nations Chief is praising the B.C. government and the fish farm industry for listening to their concerns in an announcement on the future of harvesting salmon off the northern tip of Vancouver Island.

The province announced recommendations for the protection of wild salmon stocks, including the closure of up to 17 Norwegian-owned salmon farms, operated by Marine Harvest Canada and Cermaq Canada, between 2019 and 2023 in the Broughton Archipelago.

“There is much that still must be done, but these recommendations are a significant positive step in a better direction,” Elected Chief Councillor of the Kwikwasut’inuxw Haxwa’mis First Nation Robert Chamberlain said in a release.

The recommendations come from consultations between the government and three local First Nations following a letter of understanding regarding finfish aquaculture in the Broughton.

“Our governments have come together to help revitalize and protect wild salmon, and provide greater economic certainty for communities and local workers. These are the kinds of gains true reconciliation can deliver,” Premier John Horgan said in a statement.

The province says the two fish farm operators have agreed to the recommendations.

The Broughton steering committee made up of members from the ‘Namgis, Kwikwasut’inuxw Haxwa’mis and Mamalilikulla First Nations, and the province submitted their recommendations Nov. 30.

The province says four fish farms are recommended to be closed in 2019 and 10 farms will have ceased operations by the end of 2022.

The remaining seven farms will also close unless First Nations-industry agreements and valid Fisheries and Oceans Canada (DFO) licences are in place by 2023.

In a release following the province’s announcement to phase out fish farms in the Broughton Archipelago, Marine Harvest Canada (MHC) said it supports the path forward for salmon aquaculture in the region.

“We approached these discussions seeking solutions that would both address the concerns of the First Nations and maintain our commitment to the wellbeing of our employees, support businesses, and stakeholders,” MHC managing director Dr. Diane Morrison said in a statement.

“Going forward, we see the implementation of the recommendations as a positive step toward building mutual goodwill, trust, and respect as we work to earn First Nations consent of our operations in their Territories.”

MHC says it will continue to invest in its employees and equipment to ensure salmon farming standards are met, adding no changes to employment is anticipated at this time.

The company says it plans to start discussions with First Nations and governments to develop an ocean-based containment pilot project for added research and development it is currently doing in Norway.

“First Nations have expressed great concern regarding the wild salmon stocks in the area.  Every employee of Marine Harvest Canada shares the same concern.  This is plan will see capacity for First Nations Monitoring and Salmon Restoration increased, we believe this is long over-due,” Morrison said.

Marine Harvest says it has 12 farms in the area that generates $200 million with an annual 12,000-tonne harvest of salmon.

MHC says it will have to apply for, and get approved, license and tenure amendments to shift production from sites planned for decommissioning to other sites.

The company plans to withdraw its tenure replacement applications for Arrow Passage and Glacier Falls and will notify the government it is relinquishing its tenure at Potts Bay. 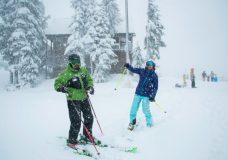 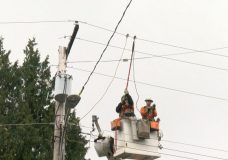 Over 11,000 without power on Vancouver Island and Gulf Islands as storms continue