WATCH: The exact site to build a new Crystal Pool has been in limbo for the past few months. But a new contender is throwing their name out to take the new pool and reaction has been mixed. Aaron Guillen has the story.

But a place where screams and laughs also abound may be the new home for the nearly 50-year-old community hub.

“This is something that our facilities plan really envisions and it’s these kinds of partnerships that are so exciting.”

This is the third proposed site for Crystal Pool, as the parking lots at Save-on-Foods Memorial Centre and Royal Athletic Park were also suggested.

“We know very clearly what the community wants in the pool,” says Victoria Mayor Lisa Helps on Sunday.

“We’ll take the earlier work that’s done so it’s not wasted and see how it fits on this new proposed site.”

City staff are recommending a $260,000 feasibility study to see if the new location could work.

But frequent swimmers at the pool already have mixed opinions.

‘”I’m disappointed,” says Graham Lloyd, while heading to the pool.

“I attended all the meetings because they wanted public input, but all that is gone for naught now.”

“As long as it’s close by and there’s a pool, I think I’m good!” says Mark Graham, who’s attended the pool for the past two months.

This isn’t the first time school districts have partnered with the city.

Students at Oak Bay Secondary have easy access to the nearby community rec centre, which includes a pool.

If council approves this site, designs will be complete by 2021 and we could see a new pool by 2024.

Until then, council is expected to discuss the proposal in mid-May. 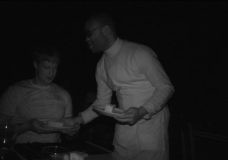 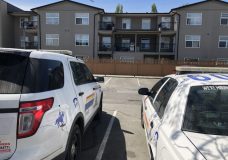