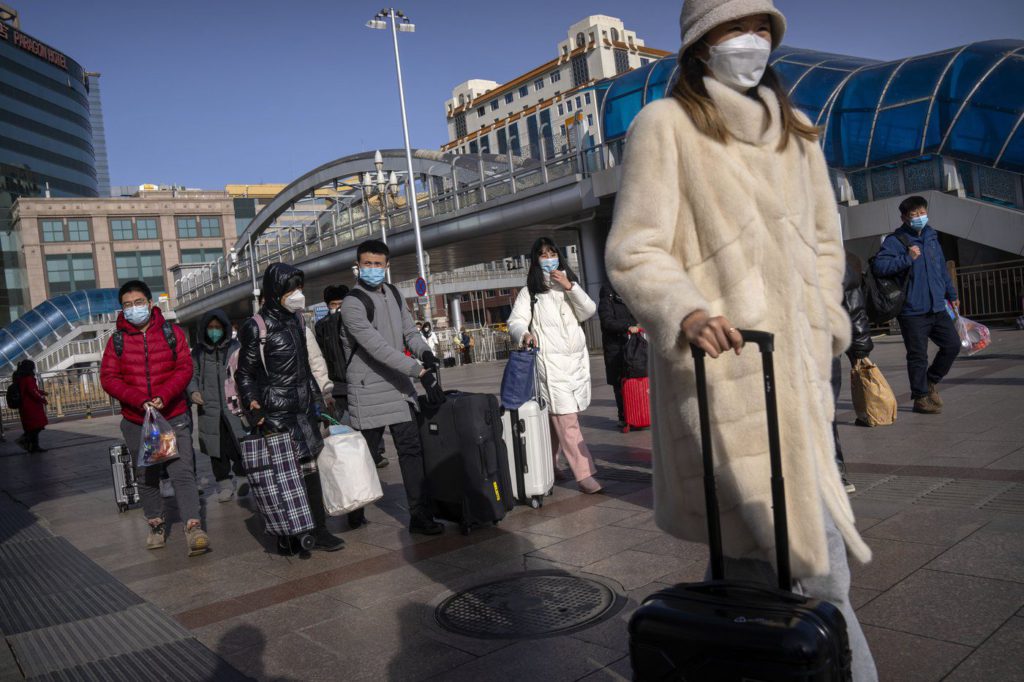 AP Photo/Mark Schiefelbein
Travellers wearing face masks walk toward the entrance of the Beijing Railway Station in Beijing, Saturday, Jan. 14, 2023. Millions of Chinese are expected to travel during the Lunar New Year holiday period this year.

BEIJING (AP) — China on Saturday reported nearly 60,000 deaths in people who had COVID-19 since early December, offering hard numbers for an unprecedented surge that was apparent in overcrowded hospitals and packed crematoriums, even as the government released little data about the status of the pandemic for weeks.

Those numbers may still underestimate the toll, though the government said the “emergency peak” of its latest surge appears to have passed.

The toll included 5,503 deaths due to respiratory failure caused by COVID-19 and 54,435 fatalities from other ailments combined with COVID-19 since Dec. 8, the National Health Commission announced. It said those “deaths related to COVID” occurred in hospitals, which means anyone who died at home would not be included in the numbers.

China stopped reporting data on COVID-19 deaths and infections after abruptly lifting anti-virus controls in early December despite a surge in infections that began in October and has filled hospitals with feverish, wheezing patients. Hospitals in Beijing across the country have been overwhelmed with patients, and funeral homes and crematoriums have struggled to handle the dead.

The World Health Organization and other governments appealed for information after reports by city and provincial governments suggested as many as hundreds of millions of people in China might have contracted the virus.

Infection numbers now appear to be falling based on a decline in the number of patients visiting fever clinics, said a National Health Commission official, Jiao Yahui.

The daily number of people going to those clinics peaked at 2.9 million on Dec. 23 and had fallen by 83 per cent to 477,000 on Thursday, according to Jiao.

“These data show the national emergency peak has passed,” Jiao said at a news conference.

The number of COVID-19 deaths China is reporting may be a “significant underestimation” because of how they define them, according to Dr. Albert Ko, an infectious disease physician and professor of public health at the Yale School of Public Health.

“They’re using a very narrow case definition for (COVID) deaths,” Ko said. “They have to have respiratory failure … in order to be counted as a case you have to be at a place where they can say you fulfilled all the requirements, and that’s at a hospital.”

Hospitals in China, Ko said, are located mostly in large cities where COVID outbreaks have been reported, not in isolated rural areas.

For nearly three years, China had kept its infection rate and deaths far lower than those of the United States and some other countries at the height of the pandemic with a “zero-COVID” strategy that aimed to isolate every case. That shut down access to some cities, kept millions of people at home and sparked angry protests.

Those rules were suddenly eased in early December after some of the largest shows of public dissent against the ruling Communist Party in more than 30 years. That set off new problems in a country that relies on domestically developed vaccines that are less reliable than others used globally, and where older people — those more susceptible to dying from the virus — are less likely to be vaccinated than the general population.

“The number of elderly patients dying from illness is relatively large, which suggests that we should pay more attention to elderly patients and try our best to save their lives,” said Jiao.

The United States, South Korea, Japan and several other countries have imposed virus testing and other controls on people arriving from China. Beijing retaliated on Wednesday by suspending issuance of new visas to travellers from South Korea and Japan. 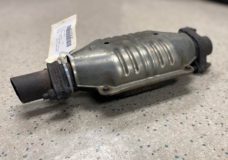 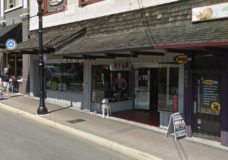