February 22, 2021 updated
CHEK
WatchHowie Allan celebrated his 60th birthday in style by giving out 60 food hampers to Victorians in need.

Howie Allan is well known across Vancouver Island for giving back.

His What the Hell Just Happened Facebook group has been organizing community events for years.

So with his 60th birthday on the horizon, he enlisted the help of some friends to celebrate in style.

“He was actually in here getting some repairs and said it was his 60th and he wanted to do something,” says Budget Brake & Muffler store owner Ryan Burghardt.

“So [after] a few minutes of talking we came up with an idea of why don’t we feed 60 families for his 60th and it went from there,” adds Burghardt.

Once the socially distanced event was announced food donations poured in from around Victoria. Fairways Market also stepped up with 60 gift cards to go with each food parcel.

The drive-thru event, which took place Sunday, was the perfect way to give back to those in need during the pandemic.

“When the donations started coming in it was just so moving,” says event volunteer Darlene Sollows.

“People in this community really really care for each other and it shows and this is a way Howie gives back,” adds Sollows.

It also gave the chance for the same community to let Howie know how much he’s helped.

“There was a lineup when we got here and it was pretty emotional to see some of them and talk to them,” says Allan.

“We’re careful to make sure that Howie’s giving back to himself as well and that’s what this is about and why it’s important that we tell him how important he is to us,” says Sollows. 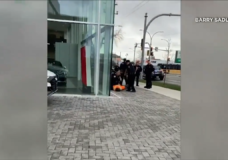 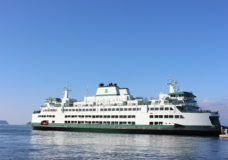