CHEK Upside: Victoria man and his dog cycling to Arctic to help animals in need

Posted: Jul. 15, 2021 6:34PM
CHEK
WatchPaul Hayes and his 6-year-old rescue dog Cinder are taking off to Tuktoyaktuk for an epic cycling trip to help raise funds for Broken Promises Rescue.

Paul Hayes pedals along the Galloping Goose with his six-year-old husky-shepherd cross sitting joyfully in her chariot.

The two possess a thirst for adventure and are set to embark on the ultimate expedition.

“We’re going to be cycling from Victoria, B.C. up to the Arctic,” said the 37-year-old.

It’s a near 4,000-kilometre journey to Tuktoyaktuk, not meant for the faint of heart. Bear spray, dehydrated food and a knife are among the many supplies Hayes will be hauling along with his approximate 75-pound pooch, but it’s not the first time the two have taken on a cycling challenge.

A few years ago, Paul and Cinder travelled from Victoria to Manitoba for a spiritual ride in honour of Hayes’ late grandmother.

“Through that journey, I realized she’s able to take on something of that magnitude,” he said.

Starting Friday morning, the two will be taking off on a trek up north, with a special purpose.

“This time around, we wanted to give back and support an organization that deals with vet care with animals,” said Hayes.

He’ll be supporting Broken Promises Rescue, a volunteer-run non-profit supporting orphaned animals in need. It’s a cause Paul felt personally connected to as Cinder is a rescue who’s dealt with health issues in the past.

“That’s what inspired me to give back to this organization because I understand how difficult it is to come up with that money for the care of your animals,” said Hayes.

Earlier this week, Paul organized a volleyball tournament fundraiser for the cause and launched a GoFundMe page.

“I think it’s utterly amazing what he’s doing,” said Pamela Saddler, founder of Broken Promises Rescue. “We spend about $120,000 a year, so this is going to be a huge help.”

Paul and Cinder begin their trek Friday morning and aim to arrive in Tuktoyaktuk by mid-August. To support Paul’s fundraiser, click here. 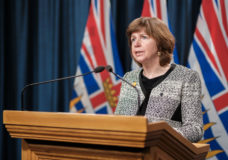 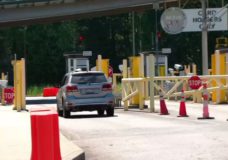