Dressed like elves, and carrying a cannon-like gadget equipped with a backpack full of natural cleaning solution, an obvious comparison comes to mind: GhostBusters.

Though they look the part, they aren’t on the hunt for ghosts. Instead, the team at Origen Clean is ready to battle bad bacteria, embarking on the “Fog the Halls” campaign.

According to Blanchet, the big, futuristic-looking guns shoot out a natural, non-toxic, lavender smelling formula (there are options for different smells) onto surfaces and into the air.  They say it’s safe to breathe in, and the company claims the formula keeps things cleaner and a little safer in these unprecedented times.

“We like to call this the Cannon clean, but it’s an ultra-low volume electro-static fogger,” said Crawford, also a co-founder of Origen Clean. “It’s probiotics, it’s proficient bacteria and it exists on the surface for up to five days and prevents any sort of further contamination….This is a great last line of defense.”

Their clients include the Victoria airport, hotels and School District 63, but ’tis the season for giving so the company launched a new campaign named Fog The Halls.

“Over the holidays, we wanted to bring a little bit of Christmas cheer and give back to non-profits and businesses that we see as givers in the Victoria community,” said Blanchet.

The team recently donated their time and supplies to provide free services to downtown Victoria’s Our Place Society, home of some of the city’s most vulnerable.

“I mean this year’s been really challenging for everybody trying to keep everything clean and sterile,” said Grant McKenzie, Director of Communications for Our Place Society. “So we’re just thrilled, anything that helps keep people safe is a big plus.”

All in a day’s work for these bad-bacteria eradicating elves, aiming to make a difference. Origen Air is currently taking applications from Greater Victoria businesses and non-profits for a ‘free fogging’ over the holidays. Click here to apply. 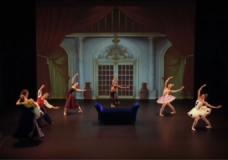 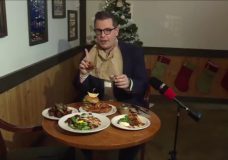 Order Up: The Rose Pub