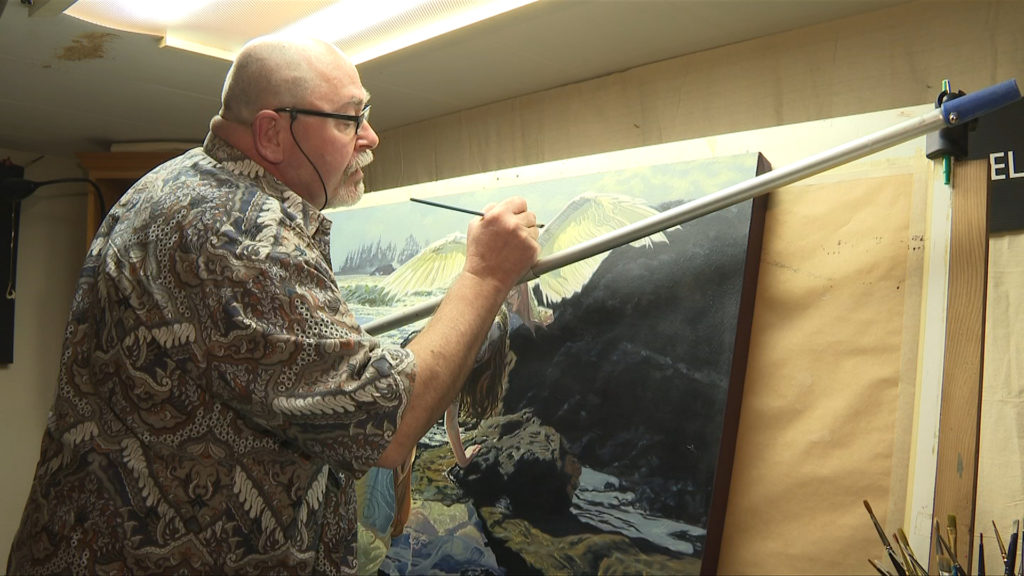 CHEK
WatchMark Heine's two paintings Imminent and Duress will be part of a digital art time capsule bound for the surface of the moon this December. Cole Sorenson reports.

In his basement studio, Mark Heine is creating art that’s out of this world, literally.

The professional painter is one of 3,000 artists, musicians and writers to have their work sent to the moon in digital form as part of a unique lunar time capsule.

“It’s the first ever commercial flight to the moon, so it’s organized by a company called Astrobotics and the lander itself is called Peregrine and so it’s going to be up there for posterity,” adds Heine.

The two paintings that will be featured are called Imminent and Duress. They are from Heine’s Sirens series, which focuses on environmental stewardship.

Heine grew up during the climax of the space race and fondly remembers Apollo 8’s trips around the moon in December of 1968.

“Borman, Lovell and Anders were the three astronauts on board and that was grade three,” says Heine.

“I had models of lunar landers in my bedroom,” smiles Heine.

That initial infatuation with space faded over time, with Heine’s love of art taking over. Now in a strange twist space travel and the moon have come back into his life.

“There’s really good top name people that [are] great to be associated with,” says Heine.

“It’s just a little bit of extra icing on top of the cake,” adds Heine.

Peregrine Mission One takes flight this December. To learn more about Mark and his art, visit his website. 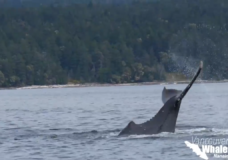