July 18, 2021 updated
CHEK
WatchFanny Bay's Operation Freedom Paws has been teaming up rescue dogs with veterans suffering from PTSD for the past year.

At Fanny Bay’s Operation Freedom Paws, both dogs and humans are getting a new lease on life.

“You know we kind of call it rescue both ends of the leash, the dog rescues the person the person rescues the dog,” says executive director Barb Ashmead.

The non-profit organization, which got its start in California, pairs rescue dogs with veterans and civilians living with Post Traumatic Stress Disorder or Traumatic Brain Injuries to create service teams.

“We pair them up with a rescue dog and put them through a very unique 48-week training program, they need to train twice a week with us,” says Ashmead.

“When they are done they take the B.C. guide dog and service dog assessment test and they also take a test from us called A Day in the Life of a Service Dog,” adds Ashmead.

One Island resident who has benefitted from OFP is Steven Knox and his dog Timber. 11 years ago Knox suffered a brain injury while serving in the army, and last year decided to give the program a try.

“Prior to that most of my conditions or concerns were controlled with medications whereas now I take very little meds anymore,” says Knox.

“The haze is gone and I’m enjoying life again … I think the biggest change for me literally was getting Timber,” adds Knox.

“Timber would actually leap up and lick him on the face to tell him you need to sit down for a while because you’re in pain and that’s the big key is teaching them to listen to their dog,” says Ashmead. “They may not want to sit down cause they’re used to driving through everything, whereas we tell them to sit down, take some time, relax, and then rejoin us when you’re ready.”

After a year in business, the Vancouver Island community is also taking notice, stepping up with several fundraisers such as Pauliina Saarinen’s OFP calendar contest. People from across the Island can submit a photo of their dog with a $10 donation and have a chance to win multiple prizes as well as a spot in the calendar.

It’s community contributions such as this that have helped the program survive the pandemic.

“The local businesses around here have been excellent,” says Knox. “There’s lots of curiosity when I’m out walking [Timber].”

“When we started the pandemic hit so it was hard, but we worked very hard to keep the program going and keep it moving,” says Ashmead. “So we’re seeing everything coming full circle.”

To make a donation or submit a dog photo, visit the contest website. 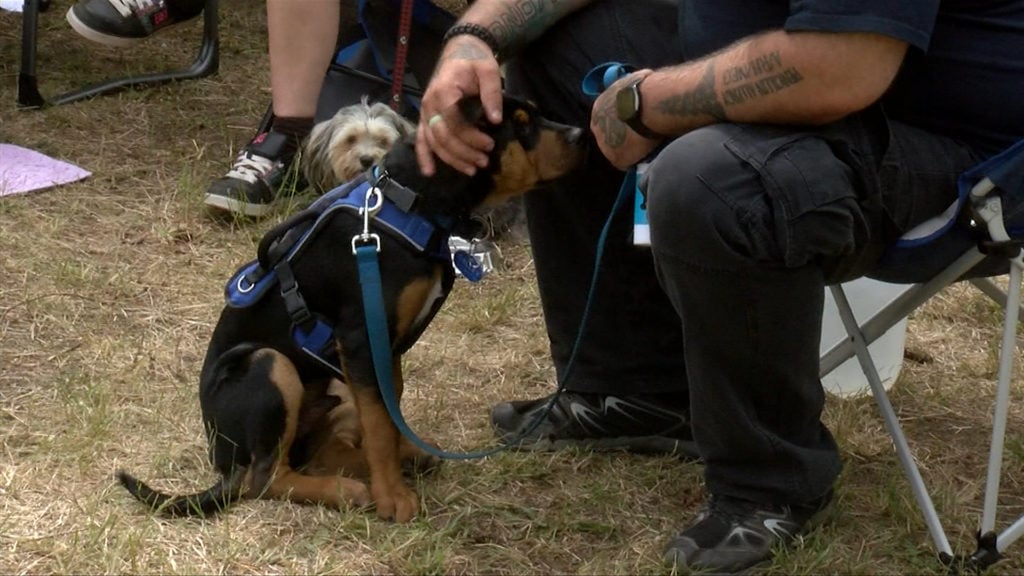 Fanny Bay’s Operation Freedom Paws has been teaming up rescue dogs with veterans suffering from PTSD for the past year. (CHEK News) 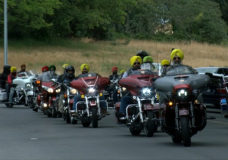 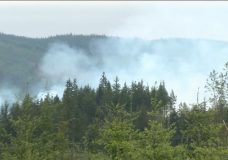