The CHEK Christmas Drive-Thru and Telethon benefiting the Salvation Army has been a fundraising go-to for 28 years.

Just like how the drive-thru has become a tradition to us here at CHEK, donating to the Salvation Army has been a staple in Nichola Wade’s holiday season for years.

“It goes back to my parents who were Second World War vets and they talked about the Sally Ann and the legacy of how the Sally Ann supported people,” says Wade.

“So it really stuck in my mind and you can see the good work that they do all over the community.”

It’s that giving spirit that helps people like Lori Black during the holidays. The grandmother of three will utilize donations from the drive-thru and the Salvation Army to give her grandkids a Christmas to remember.

“Without their [the Salvation Army’s] help I couldn’t put on the Christmas that I was used to when I was a little girl,” says Black.

“For those little kids to have that impact, to see the lights, to know that this is coming from people that care, on our island, they get it.”

The Salvation Army has been there for Black in the past as well.

“They’ve helped myself and my family while I was raising a young family with donated furniture, they helped with food hampers,” says Black.

“When I had a house fire they were there immediately with any kind of support I needed, there’s not enough words to say the depth of what they do.”

Even a small donation can make a big difference.

“No matter how much you think you can’t afford, give back, give what you can,” says Black.

“I’m sure in everybody’s lifetime they’re going to need some kind of help, whether it be the food banks or the toy drives and we just need to support our island.” 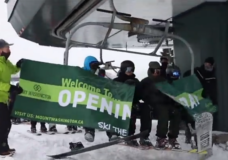 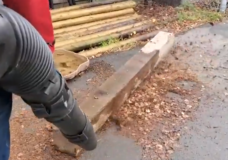