Growing up, Dave Brimacombe was always drawn to a life of service.

“I really wanted to help my community, my small community and my larger community and where that led me was the military,” says Brimacombe.

Brimacombe spent 15 years in the Canadian Armed Forces, first as a combat engineer, and then transitioning into a role as an aircraft structures technician.

“I went and learned how to build airplanes for two years and then was posted to Cold Lake working on fighter jets and then down to the Comox Valley on Vancouver Island where I was working with search and rescue,” says Brimacombe.

It was during his final stint in Comox that Brimacombe decided to follow his dream of opening a distillery and the Prince’s Trust Canada, a charity with programs dedicated to helping veterans enter civilian life was there to help.

“We build bridges between veterans who are wanting to start businesses and the civilian world who is more than eager to help them get started,” says Prince’s Trust Canada senior operations manager Kathleen Kilgour.

“When I went to the program I got put right in the same class room with a really large collection of wonderful MBA instructors and we had one on one service for hours,” says Brimacombe.

Wayward Distillery was opened back in 2014, with Brimacombe still feeling the support from his military peers.

“I still have my military community because I’m in the Comox Valley,” says Brimacombe.

“We have a large air force base here and I have those relationships I built while in the service.”

That support is something that Brimacombe wants all veteran business owners to feel ahead of Remembrance Day.

So the support that we get from our communities everyday makes the difference.”

To find a veteran owned business in your community, visit the Prince’s Trust Canada website. 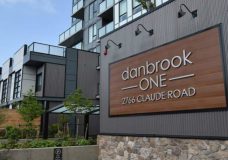 Engineer of Langford high-rise wasn't qualified to do the work: report 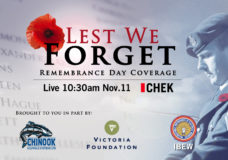