Posted: Jan. 14, 2021 7:31PM
File Photo
James Bay resident Esther Beauregard and her roommate teamed up to create a unique, mini-library for their community to enjoy free of charge.

Esther Beauregard wears her passion on her face, as she dons a mask with a design made up of library check-out slips.

So it should come as no surprise what’s on display in front of her home.

Inspired by the iconic Goats on Roof Old Country Market in Coombs, Beauregard, along with her roommate, started construction of the pandemic project in July.

“I was pretty dependent on the Little Free Libraries during COVID when the Victoria Library was shut down, and building a little library is something I wanted to do for a long time.”

Over the past year, small, hand-built libraries have popped up in neighbourhoods virtually all over southern Vancouver Island.

CHEK News even found one located directly across the street from Beauregard’s residence.

The addition of ‘Boats on the Roof’ brings the number of documented Little Free Libraries (LFL) up to 400 in Greater Victoria.

That amount, according to the Greater Victoria Placemaking Network, is believed to be the most per capita in Canada.

The Greater Victoria Placemaking Network is a volunteer group that maps out and delivers books to Little Free Libraries across the capital region.

Local author Michelle Mulder is a volunteer board member and has overseen the construction of several Little Free Libraries. She’s a self-proclaimed enthusiast and even featured the LFL concept in one of her books titled Home Sweet Neighborhood.

“It’s generally about placemaking, so changing the built environment, sometimes the natural environment, to promote community and that’s exactly what this little library movement is doing,” said Mulder.

A simple concept of take a book, leave a book – adding a little colour and kindness to the community. 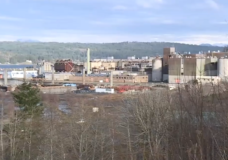 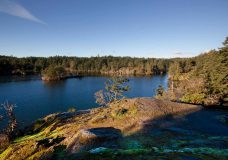 After testing water at Thetis Lake, CRD says no danger to wildlife