It was clear from the age of three when Jaeger first began taking lessons that gymnastics was her sport.

“We enrolled her in soccer but we found that she was in the field only doing cartwheels and handstands and somersaults,” says Jaeger’s mom Sheila.

“So we just decided to just put her fully into gymnastics and she just kept climbing up into the different levels.”

“From the first competition I ever did I was like ‘wow this is really fun, I want to continue this journey,” says Jaeger.

From there the now 11-year-old began winning and placing regularly in competitions, impressing judges, coaches and her parents with her skill and dedication to the sport at a young age.

“It’s crazy how she is so committed and so determined and dedicated to her sport,” says Sheila.

“She’ll go and train for four hours a day and then come home and have dinner and then she’s back on her gym equipment here at home.”

The support from her family, friends and coaches also helps keep Jaeger focused.

“I like how my teammates and my coaches and the owners of the gym are really supportive for me and everybody else in the gym,” says Jaeger.

As for what the pre-teen gymnast’s goals are for her future?

“For my short-term goals I would like to represent B.C. at the Western Canadian Championship,” says Jaeger.

“[My] long-term goals is to compete at nationals and to get a scholarship at university gymnastics and I want to compete at the Olympics someday.” 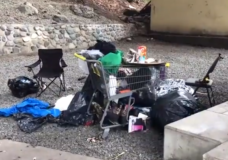 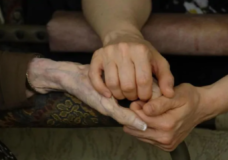