The Central Saanich Police Service said a male teacher at the Montessori Educare Daycare in Saanichton was arrested and a search warrant executed at the centre Monday after allegations of inappropriate touching.

“A search warrant was executed at the facility yesterday morning, and a suspect was arrested. The investigation is in relation to his conduct with children in his care. We have been in contact with all relevant community partners including VIHA community care licensing, and most importantly, we are working to support the families involved.”

Police said parents came forward late last week with concerns about inappropriate touching involving a male teacher at Montessori Educare on East Saanich Road in Saanichton but did not disclose any further details about the allegations.

One mother who told CHEK News her son has been going to the centre for the past five months said news of the investigation comes as a complete shock.

According to Island Health’s child care licensing information, the daycare is owned by Pan-Popham Corporation and the manager is listed as Feng Pan. Pan could not be reached for comment.

Central Saanich police are asking parents and friends to refrain from asking the children at the facility any questions about their interactions with the teacher. Police officers trained in child interviewing will be in contact with families and children in the days ahead.

The Montessori Educare Daycare is located at 7925 East Saanich Road. It is closed until further notice. 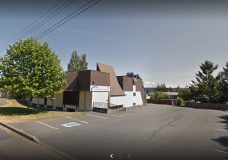 Province to invest in 12 new child care spaces in Campbell River
'I feel such an emptiness without them:' Mother of murdered Oak Bay sisters gives victim impact statement