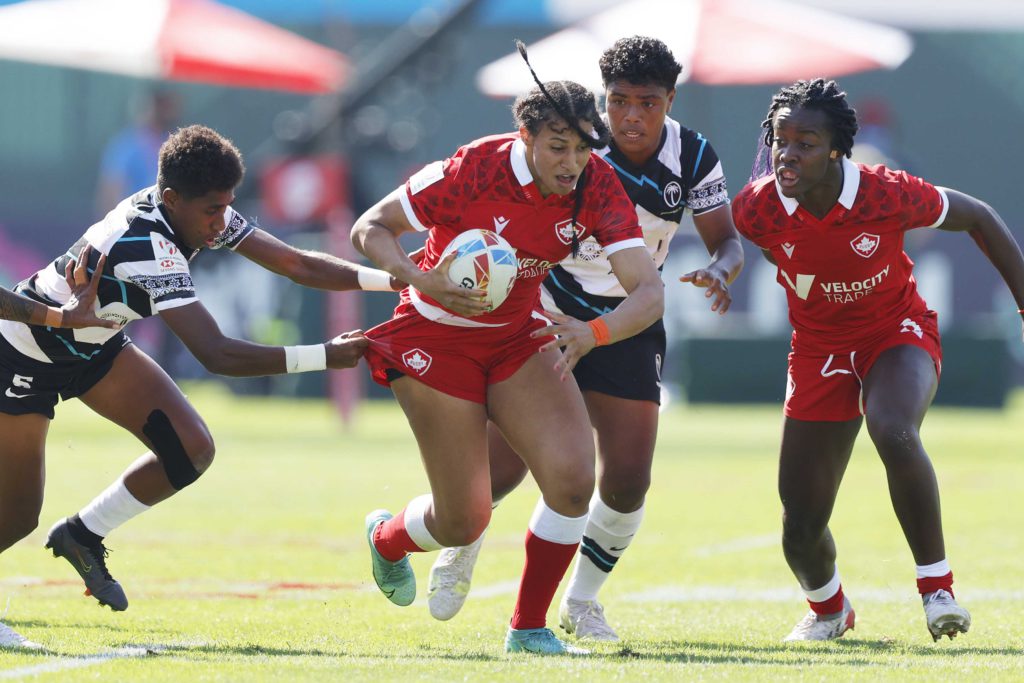 A young Canadian men’s side suffered three losses Friday at the Dubai Sevens, the opening event of the 2022 HSBC World Rugby Sevens Series.

The Canadians lost 35-19 to Australia, 29-14 to Olympic champion Fiji and 24-14 to France. They will face Spain on Saturday in the ninth-place semifinal.

The first of two Dubai event is being played behind closed doors at the Sevens Stadium. The second event, Dec. 3-4, will welcome spectators back.

Both Canadian teams have gone through extensive turnover since the Tokyo Olympics, where the men finished eighth and the women ninth.

The Canadian men’s starting seven against Australia, their first game of the day, featured just three Olympians in captain Jake Thiel, Andrew Coe and Theo Sauder. While the Canadian starters came into the game with a combined 63 World Series tournaments under the belt, three of the players on the bench had never appeared on the circuit with the other two having been to one tournament apiece

The Australian starters had a combined 98 tournament appearances between them, with three debutants among their starters and five on the bench.

Canada led 19-7 early in the second half before the Australians reeled off four straight tries in short order, helped by a yellow card to Josiah Morra.

Morra and Coats had a try apiece in the loss to Fiji, which raced into a 17-0 lead before Canada cut the lead to 17-14. Coats booted two conversions.

Morra and Coe scored tries in the loss to France with Coats converting both tries.

The Fijians, who had 11 debutants, finished the day at 3-0-0, as did Argentina and South Africa. The quarterfinals will be Argentina versus Ireland, South Africa versus Australia, the U.S. versus Britain, and Fiji versus Kenya.

The Canadians are the least experienced team on the women’s side of the tournament. The only returnees from the Olympic team are Elissa Alarie, Olivia Apps, Pam Buisa and Breanne Nicholas, who captains the squad.

Fiji led 14-0, surviving a Canadian rally to go into halftime up 21-12. Canada scored two tries in the second half to lead 26-21 with a minute remaining before Fiji scored a late converted try under the posts by Laisana Likuceva to put the Canadian women away.

Due to the pandemic, the 2021 women’s season was cancelled although the Canadian women took part in two mini-events — in Vancouver and Edmonton in September — with several top teams unable to take part because of travel restrictions.

New Zealand’s men’s and women’s teams, the 2020 Series champions, and the Samoan men won’t participate in Dubai due to pandemic-related travel restrictions. 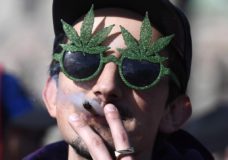