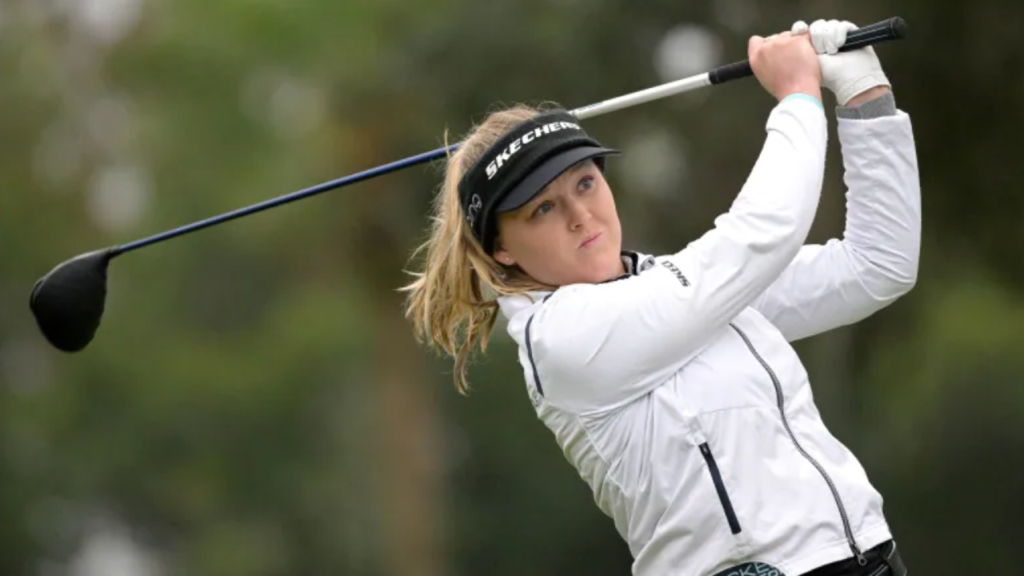 CHEK
Brooke Henderson, of Smiths Falls, Ont., is in fourth place, sitting two shots back of the lead heading into the final day of play at the Tournament of Champions LPGA golf tournament in Orlando. (Phelan M. Ebenhack/The Associated Press via CBC News)

Canadian Brooke Henderson is among the top five heading into the final round of the LPGA’s first event of 2022 — the Hilton Grand Vacations Tournament of Champions.

Currently sitting fourth, the Smiths Falls, Ont., native is just two shots back and having matched the Saturday’s low score of 68 at Lake Nona Golf and Country Club in Orlando.

American Nelly Korda is leading at 13-under followed fellow American Danielle Kang and Mexico’s Gaby Lopez, both of whom are tied at 12-under. Henderson sits at 11-under, one ahead of Japan’s Yuka Saso.

Kang, the runner-up at this tournament a year ago, and Mexico’s Gaby Lopez, the 2020 TOC champion, each went bogey-free in matching Korda‘s 69, and will begin the final round one shot back. Henderson and Saso matched the day’s low score of 68 and will begin Sunday two and three strokes behind Korda, respectively.

Korda, the world’s No. 1 and five-time winner in 2021 (including an Olympic gold medal), limited her mistakes on Saturday in challenging, chilly conditions for a 3-under 69 with four birdies and a bogey, and is 13-under 203 overall. Korda, 23, won the 2021 Gainbridge LPGA on the same course, Lake Nona Golf and Country Club.

Kang, Henderson and Saso all have won major championships.

Korda is seeking her eighth career LPGA title. The more she gets in the hunt, the more poised she appears to be. On Saturday, she played alongside a former No. 1 player, Annika Sorenstam, who won 72 times on the LPGA and leads the celebrity field.

“I don’t think anyone is ever really comfortable sleeping on a lead in a sense, but I’m just going to see how I can grow from this opportunity, try to take my best golf into tomorrow, and see how it goes,” Korda said.

Kang held the lead briefly on the back nine and has made only one bogey in three rounds. A Californian who never played very well in the cold, she would rise early at home in Las Vegas in the offseason and make herself practice when it was cold and windy. She experimented with clothing layers that wouldn’t inhibit her swing.

“There is still a lot of progress to be made,” said Kang, 29, who had a rare winless season a year ago. (This TOC field is comprises 29 winners of events in the last three LPGA seasons). “I made a couple swings out there where I just froze up. My body doesn’t react that well in the cold.”

Kang had back-to-back birdies starting at the par-3 13th. At 14, with the tee at the short par-4 pushed up to 251 yards, she drove the green and narrowly missed her eagle putt from 20 feet.

Lopez, 28, has been impressive all week. She had made only two birdies by the time she reached the tee at the 398-yard closing hole on Saturday, staying patient, and even with a good drive, still had 162 yards left directly into the wind. She hit one of her best shots of the day, a solid 5-iron to 12 feet, and buried the putt, finishing with birdie for a second consecutive day.

Lopez said she has played with “bravery” this week.

“Being able to step up with Gaby without her demons, and with her doubts, and the moments of uncertainty,” Lopez said. ”Being able to step up and say, `Hey, I’m here for a reason. I worked my whole life for this.’ … Whatever happens tomorrow, it’s going to be fine. I’m pretty sure we’re going to play some solid golf this year.”

The race is a tight one. She has 104 points, two points better than former MLB pitcher Derek Lowe, four ahead of former tennis player Mardy Fish and five ahead of military veteran Chad Pfeifer. The winner among the celebrities will earn $100,000. The LPGA champion will earn $225,000.

With 18 holes to play at the #HGVLPGA, @NellyKorda and @ANNIKA59 lead their respective fields. ⛳️ 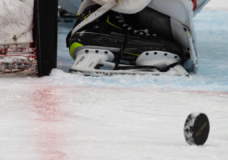 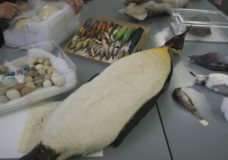 This Week In History: Why it's important museums constantly de-clutter collections