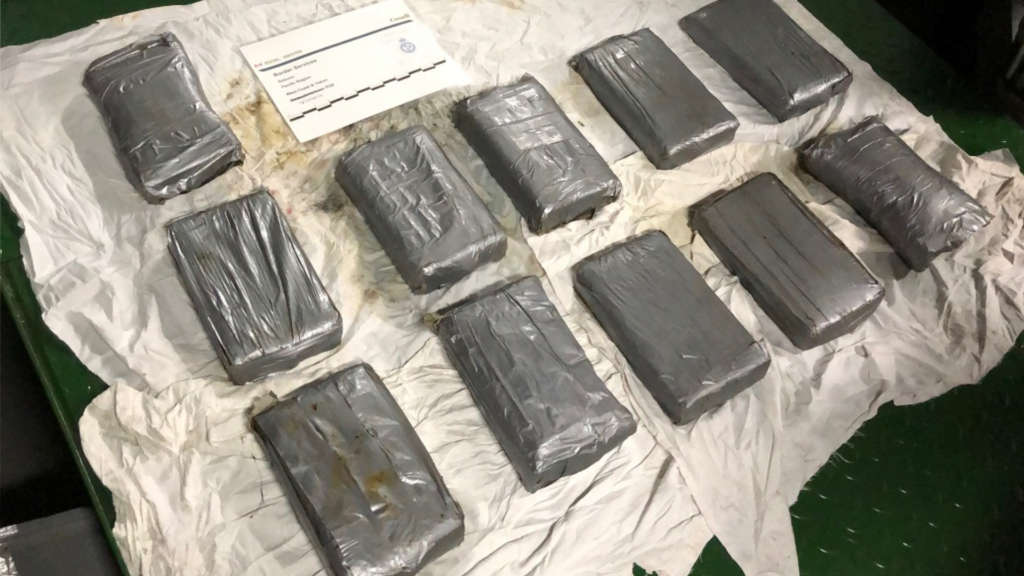 CBSA
CBSA seized 16.8 kilograms of suspected cocaine with an estimated value of $870,000 from a vessel near Victoria last month.

Canadian border officers found nearly a million dollars worth of suspected cocaine from a commercial vessel near Victoria.

A field test identified a white substance as suspected cocaine, resulting in the seizure of 16.8 kilograms — 37 pounds — of the substance, which has an estimated street value of $870,000.

The very next day an RCMP Vancouver Island Dive Team conducted dive operation, searching under the waterline of the vessel, and discovered evidence of tampering, according to the release.

Both the CBSA and the RCMP say they believe there “likely had been more drugs on that ship and was retrieved underwater” before law enforcement could intercept the vessel. No further narcotics were found onboard the vessel, however.

Despite believing that there may have been more drugs on board the vessel, Nina Patel, Acting Regional Director General, Pacific Region, CBSA adds that “any drug seizure, small or large, is significant and keeps our communities safe.”

According to the CBSA, the vessel was actually conducting “legitimate business” and was travelling between South America, Europe, the Caribbean and the United States, before it arrived in B.C.

“The RCMP and CBSA are keeping up with concealment methods for illicit contraband, continually adapting to new trends. Sharing best practices and good communication provide us with great intelligence so we can keep disrupting the activities of Organized Crime groups,” said Superintendent Bert Ferreira, Officer in Charge of the BC RCMP Border Integrity Program.

No arrests were made and no charges have been laid, according to the CBSA. 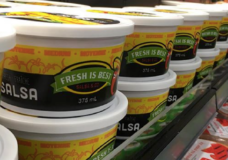 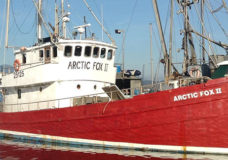