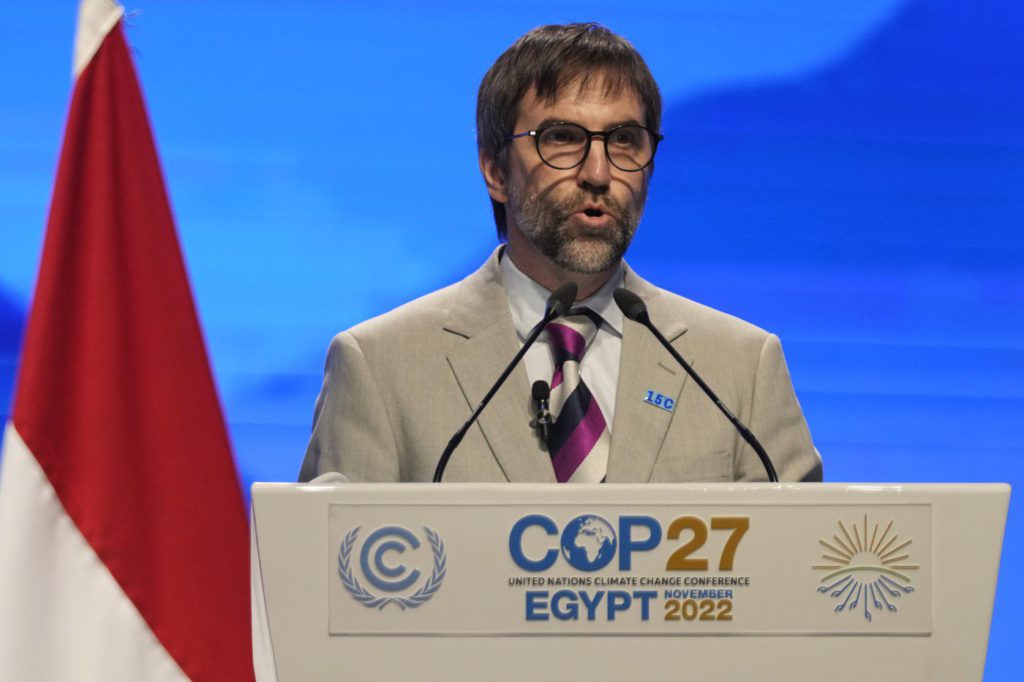 Canada won’t agree to add language calling for the phaseout of all fossil fuels — including oil and gas — to the final agreement at this year’s United Nations climate talks in Egypt, Environment Minister Steven Guilbeault said Thursday.

The agreement from the UN conference in Scotland last year called for countries to move faster to get rid of coal-fired electricity plants that are not abated with technology to capture emissions. It was the first time a COP pact included any reference to reducing any kind of fossil fuel use.

India spent the last two weeks of COP27 negotiations pushing to add oil and gas to that paragraph in this year’s final pact.

The European Union said it was supportive of the idea as long as it does not weaken the language on coal. United States climate envoy John Kerry said the U.S. was on board as long as it applies only to “unabated” oil and gas.

But there was no sign of any such language in the draft text of the COP27 pact released Thursday. The final draft was still being negotiated as the two-week climate talks near their final day Friday.

Canada backed the coal language last year, but Guilbeault said it’s not open to adding oil and gas to the pact this year.

During a one-on-one conversation in Egypt Thursday with Climate Action Network Canada’s national policy Caroline Brouillette, Guilbeault said Canada’s focus is on regulations and policies that curb greenhouse gas emissions, like regulations on how much methane oil and gas producers can emit.

He said if Canada backed the addition of oil and gas phaseout language it would prompt pushback from the provinces, including in court.

“Everything we do is challenged in the court,” he said. (Carbon) pricing was challenged, our plastic pollution regulations were challenged, our environmental impact assessment is being challenged — either by provinces or companies, or both. And if we’re not on very solid legal ground, we will lose in front of the tribunals and that doesn’t help anyone.”

Guilbeault said Canada hasn’t been challenged over plans to phase out coal, but is on almost everything it does on the oil and gas side.

“We have to be super careful in terms of what we do … that what we do will hold in court,” he said. “Otherwise we’re wasting time, and precious time, to fight climate change.”

“I’d say it’s clear that the government of Canada is beholden to fossil fuel lobbyists and putting their interests ahead of public welfare,” said Levin.

She added that Canada’s position is strange, considering the agreement would likely have included the same abatement provision as coal. While Levin doesn’t back carbon capture and storage as a serious solution to cutting emissions, she said even that would be “a clear signal that, according to the U.S. and others, the age of oil and gas is over.”

The Canadian Association of Petroleum Producers, meanwhile, said getting lower-emission oil and natural gas to international markets is paramount for its members.

“As global demand for natural gas and oil will remain strong for decades, Canada has a role to play in providing safe and lower emission resources to the world’s energy mix,” said Lisa Baiton, CAPP’s president and CEO, in a written statement.

The hope in Egypt is that countries would reach a consensus on action to cut greenhouse gas emissions enough to still make it realistic to reach the goal of limiting global warming to no more than 1.5 C.

There is also a push for a loss-and-damage agreement so the wealthier countries most responsible for climate change help the poorer countries that bear most of the brunt of extreme weather and less of the responsibility.

A loss and damage fund is also not in the draft text. Guilbealt told The Canadian Press in an interview earlier this week that Canada backs the idea, but this COP was going to just be the first steps toward such a policy.

“We won’t solve it here,” he said. “And in fact, the agenda item specifies that we’re giving ourselves two years to have that conversation.”

“The time for talking on loss and damage finance is over,” he said. “We need action.”

He didn’t directly ask for the inclusion of a fossil-fuel phaseout in the final text, but did allude to it.

“The 1.5 target is not simply about keeping a goal alive — it’s about keeping people alive,” Guterres said. “I see the will to keep to the 1.5 goal, but we must ensure that commitment is evident in the COP27 outcome. Fossil fuel expansion is hijacking humanity.” 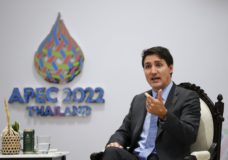 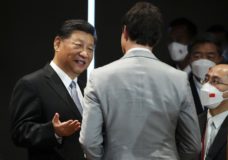