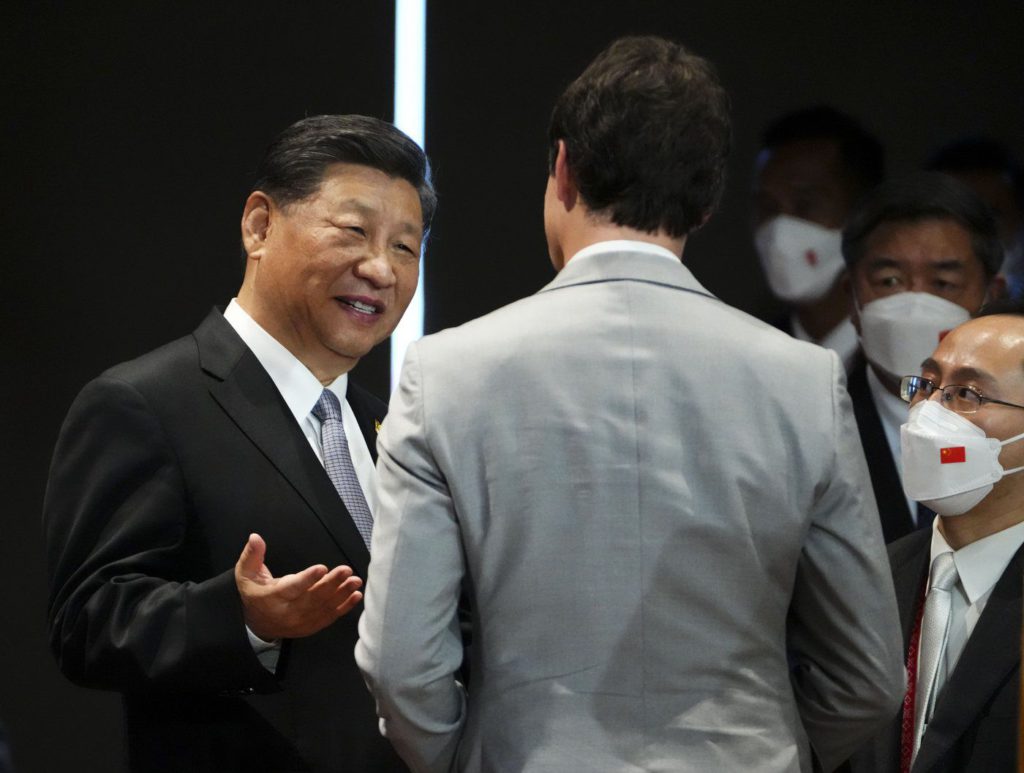 A Chinese spokesperson on Thursday accused Canada of acting in a “condescending manner” following a testy exchange between President Xi Jinping and Canadian Prime Minister Justin Trudeau that underscores the depths to which the bilateral relationship has fallen.

Foreign Ministry spokesperson Mao Ning’s comments came after Xi chastised Trudeau at the G-20 summit on Wednesday over media reports on an earlier meeting during which Trudeau expressed concern about Chinese interference in Canada‘s internal affairs. The apparently spontaneous exchange with a translator present was captured on video.

Mao denied China had ever interfered in the internal affairs of other nations and said Canada was responsible for the downturn in ties.

“Canada should take concrete actions to create conditions for the improvement of China–Canada relations,” she said at a daily briefing. The conversation was “quite normal and should not be interpreted as President Xi criticizing or blaming anyone.”

Mao added that there had been a clear lack of respect from the Canadian side.

In his comments to Trudeau, Xi said, “Everything we discussed has been leaked to the paper; that’s not appropriate.”

“And that’s not … the way the conversation was conducted, if there is sincerity on your part,” Xi said, at which point Trudeau interrupted and stepped toward Xi.

“In Canada, we believe in free and open and frank dialogue and that is what we will continue to have,” Trudeau said. “We will continue to look to work constructively together, but there will be things we will disagree on.”

Mao said nothing Xi said should be interpreted as a threat.

“As you can see from the video, I think it is quite normal for the two heads of state to have a brief conversation during the G-20 summit. The two sides were just stating their respective positions,” she said.

Trudeau first spoke with Xi at the G-20 last Tuesday. A senior Canadian government official said the two spoke about Russia’s invasion of Ukraine, North Korea and climate change, and that Trudeau also raised “our serious concerns around interference activities in Canada.” The official spoke on condition of anonymity as they were not authorized to speak publicly about the matter.

Asked later at a news conference about the confrontation, Trudeau said, “not every conversation is always going to be easy, but it’s extremely important that we continue to stand up for the things that are important for Canadians.”

Joly remarked last week that China is an increasingly disruptive global power and warned businesses against deepening their ties, saying there were “geopolitical risks.”

They were sent back to Canada last year, the same day Meng returned to China after reaching a deal with U.S. authorities in her case, leading many to label China‘s action “hostage politics.”

Canada has banned wireless carriers from installing Huawei equipment in its high-speed 5G networks, joining allies in shunning the company that has close links with the ruling Communist Party and its military wing, the People’s Liberation Army. China has described the charges against Huawei and Meng as a politically motivated attempt to hold back China‘s economic and technological development.

Earlier this month, Canadian public broadcaster CBC closed its China bureau after applications to base a new reporter in Beijing were met with what it called “monthslong silence from Chinese officials.”

The apparently unscripted remarks from Xi marked a rare display of public candour from the usually highly composed veteran politician. Known as an ardent nationalist who has vowed to always put China‘s interests first, Xi recently had himself granted a third five-year term as leader of the ruling Communist Party, while packing top bodies with loyalists.

In one earlier such incident during a visit to Mexico in 2009 while serving as vice president, China told Chinese students, “There are a few foreigners, with full bellies, who have nothing better to do than try to point fingers at our country.”

“China does not export revolution, hunger or poverty. Nor does China cause you headaches. Just what else do you want?,” Xi said in remarks caught on camera. 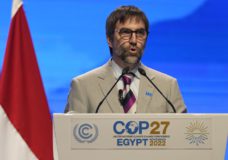 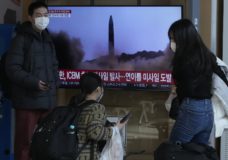