Canada goose lays eggs next to blasting site in Sooke

WATCH: An unusual animal encounter unfolded on a rocky cliff in Sooke as a Canada goose nested below a blasting site. April Lawrence has more.

Vincenz Eberl is used to capturing the rugged wilderness that surrounds his Sooke home on camera so when he looked through the lens last month and spotted a Canada goose nesting in a hill next door, he hit record.

“So I set up a camera and just kept track of it over the next few weeks,” he said.

But the mother goose chose a perilous location to lay her eggs ? right below a blasting zone for a neighbouring development.

The first few blasts scared the goose away, but she returned each time. Her four eggs stayed safe until a couple weeks later when a blast sent two large boulders crashing onto the nest.

When Eberl saw the footage he was devastated.

“Oh I was heartbroken, I was sure it was a goner,” he said.

The goose returned to its nest and seemed confused.

“It looked a little bit nervous, was poking around a bit, but then it sat back down,” Eberl said.

“I was really pleased, and there were four eggs and four chicks,” he said. “Not one was lost.”

The developer said he had no idea the nest was there and would have taken precautions if he had. Experts say it isn’t unheard of for Canada geese to pick such a dangerous spot to nest.

“They actually reuse old nest sites, so that may have been a suitable spot in the past and not so much now,” said Marguerite Sans with the BC SPCA Wildlife Rehabilitation Centre. ”

What they’re really looking for is an area with close access to water, visual site of any predators that might come by, so if that suited her that’s what she chose. 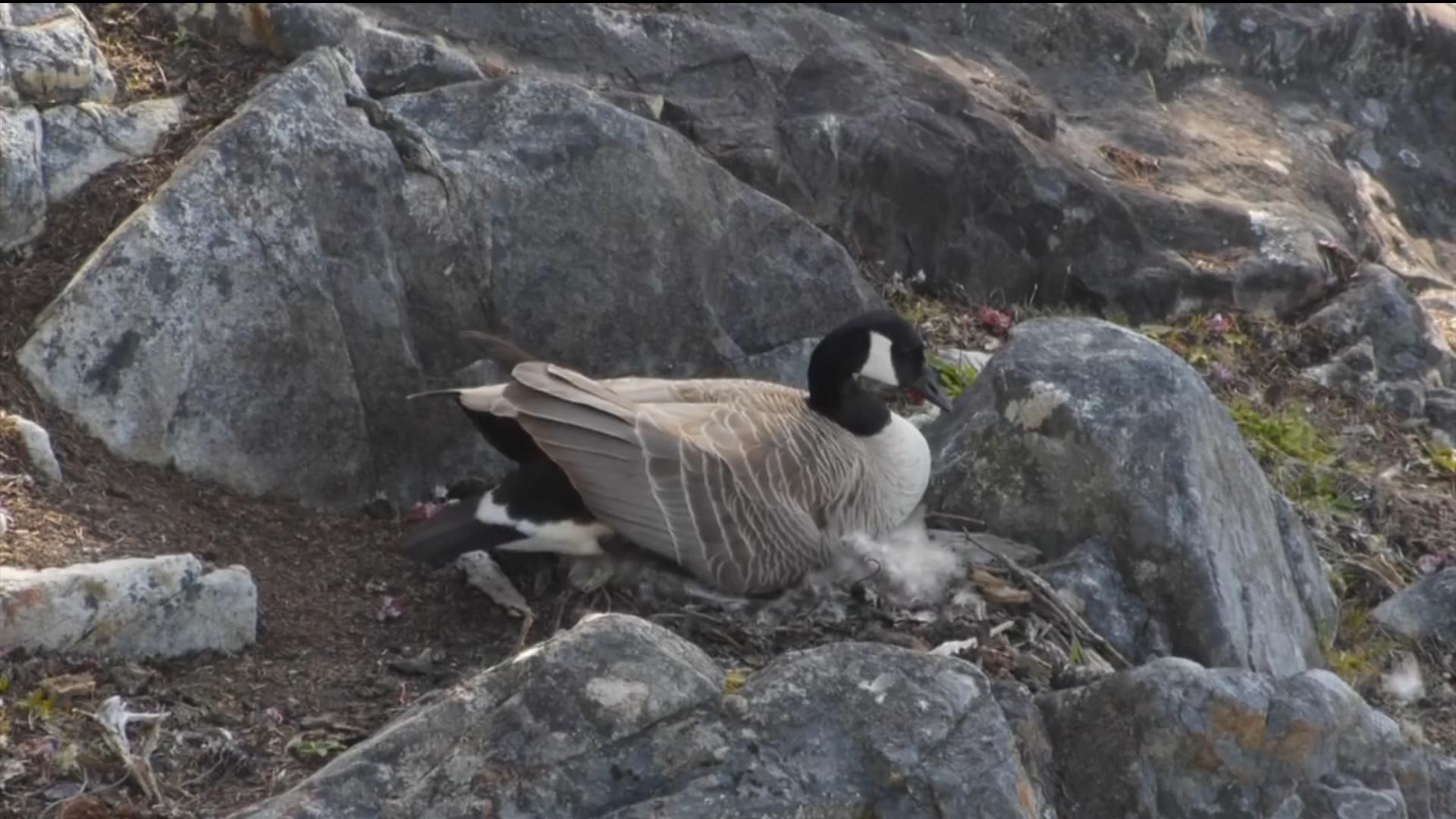 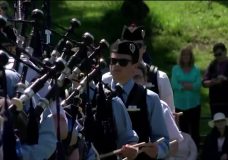 Vancouver Island heats up with May festivals 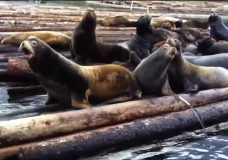