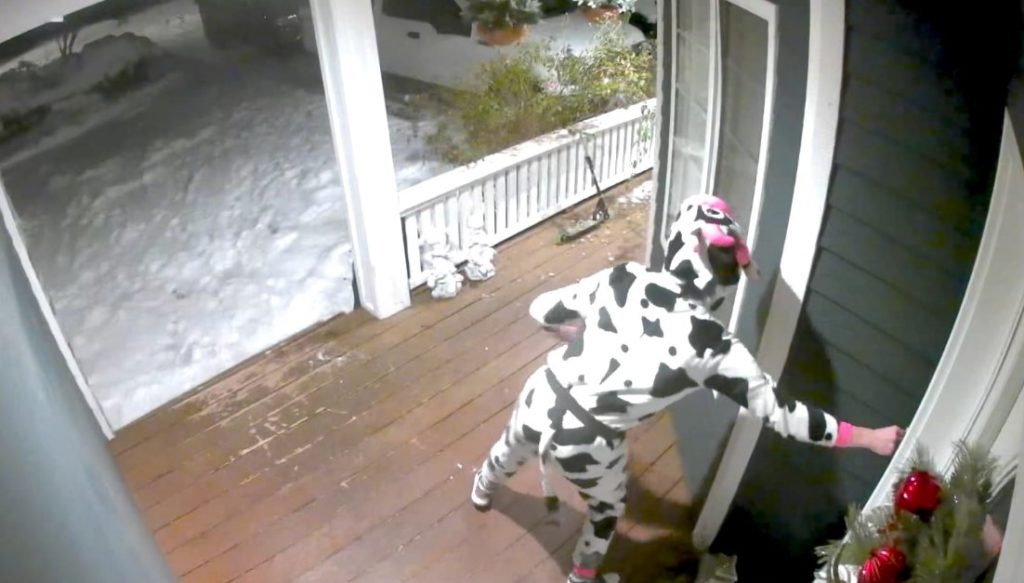 Campbell River RCMP says officers are hoping to wrangle a “mischievous cow” — an alleged youth dressed in a “slender” dairy cow costume — whose pranks are wearing thin with neighbours in the city’s Penfield area.

On Dec. 3, shortly before 10 p.m., the prankster, sporting black spots, a tail and a shock of blonde hair, was caught on security camera ringing someone’s doorbell before fleeing the scene in time for the homeowner to answer the door.

“Amazingly, the cow left no hoof prints [and] instead left footprints with a strange swoosh pattern in them,” according to RCMP in a news release. “Police are actively looking for the farmer that may be missing this unique cow.”

While officers may be poking fun at this particular incident, it’s part of a serious, ongoing issue that police are dealing with, according to Const. Maury Tyre, spokesperson for Campbell River RCMP.

“Many people may consider the game of nicky nine doors a harmless prank, and we are sure there are adults in the community who remember playing the game in good fun as youth,” said Tyre in a release.

Only now, the cow pranks have gone too far.

“Items in yards have been broken in haste and the repetitive nature of the events, which have occurred as late as 3 a.m., has stretched beyond fun to disturbing to many residents in the area,” said Tyre.

He says Mounties are addressing the rise in next-door pranks because local residents are fed up and, in some cases, taking matters into their own hands.

“On more than one occasion, the young people have ended up being physically apprehended by residents who have hit their breaking point,” added Tyre.

Seeking help from parents, or “older members of the herd [who] can teach the young calves what is fun and what is criminal mischief,” RCMP hope to prevent further disturbance calls and ask anyone with information to call 250-286-6221. 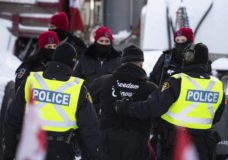 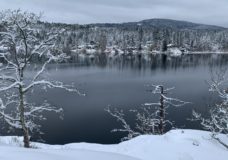 Would you wager on a White Christmas for Victoria? BCLC is taking bets