Posted: Oct. 14, 2022 5:47PM
CHEK
WatchIn April the Ministry of Health acknowledged their systems did not recognize all the characters in λugʷaləs K’ala’ask Shaw's first name but has not fixed the problem. Dean Stoltz has more.

Nine-month-old λugʷaləs K’ala’ask Shaw is a healthy growing boy learning to take his first steps but the B.C. government still isn’t allowing his parent to register his name.

The parent’s ordeal began in January when they tried to register their son’s name and CHEK News reported on the difficulties they were having back in April.

The special characters in λugʷaləs are apparently unrecognized by Provincial systems, but the Ministry of Health which oversees Vital Statistics in BC said at the time it acknowledged the problem and that it was working on it.

“And it’s a really easy fix,” she added. “You know the era of technology that we’re in right now this could be done today.”

She points to the website First Voices, which provides a download for keyboards allowing First Nation Languages to be typed.

Instead, she says, λugʷaləs has been registered for healthcare as ‘Baby Boy Shaw’ reminiscent of Residential Schools all over again when native names and languages were taken away.

“You know the government talks a lot about reconciliation and recognizing Indigenous people and yet here we are nine months after his birth and they’re still not recognizing him,” Smith said.

The Registrar and Vital Statistics have 21 days to respond after being served but Smith is hoping it gets settled sooner.

CHEK News has reached out to Vital Statistics and the Ministry of Health for comment. 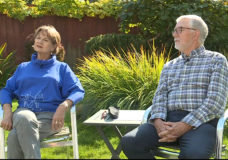 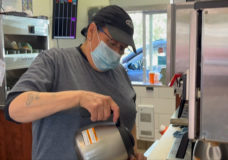