A Colwood couple considers themselves fortunate that in the middle of a family-doctor shortage they were able to become the patients of a nurse practitioner. But now, they’re shocked to find their insurance company won’t cover an orthotics bill because it wasn’t prescribed by a physician.

Like many people, to get around, Andrea needs orthotics. They help with the osteoarthritis in her left hip by evening out her gait. After paying $500 for them after being seen by a nurse practitioner at an urgent care center on the Westshore, she submitted the expense to her insurer Canada Life. To her surprise, the insurance company is refusing to pay up.

Nurse Practitioners of BC, say this isn’t the first time an insurer has pulled this card.

“We have heard anecdotal stories of patients across the province indicating that certain prescriptions that are written by their nurse practitioners are not accepted by their insurance providers,” said Michael Sandler, chief executive officer of Nurses and Nurse Practitioners of BC.

Andrea and her husband Robert Brown believe that given the current lack of doctors, insurers should update their policies to better reflect the availability of medical services to British Columbians.

“I’m hoping that as time marches on, the insurance coverage responds to the realities of the medical care delivery system,” said Robert.

Nurse practitioners go one step further, calling it a barrier to care.

“I would remind insurance providers that NP’s (nurse practitioners) are highly qualified health care providers. They diagnose, treat, prescribe medications, provide fulsome care for patients, and they’ve been doing that for 5 decades,” said Sandler. “They’re a key ingredient to the team-based approach, especially for patients unattached in the province. Barriers that prevent them from connecting with patients, and allowing patients to access care, are barriers we need to address.”

In a statement to CHEK News a spokesperson for the Ministry of Health says it’s ‘discouraged’ by the news.

“We encourage all insurance companies in the province to recognize nurse practitioners’ ability to prescribe, in order to connect more people with the care and services they need,” the ministry said.

The Browns however are looking for more. They want the province to pressure insurance corporations to close the loophole.

“We were handed over to a nurse practitioner as the BC Ministry of Health solution to a lack of doctors and we were told it would be seamless. That we would get the same service as before. Well we’re not getting the same service as before,” said Robert. “I’m disappointed with the insurance company, but I’m very disappointed in the Ministry of Health which didn’t respond with any bark at all.” 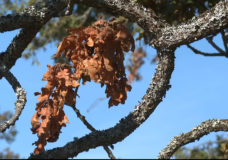 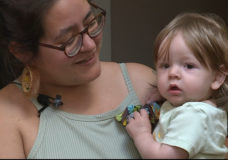