Posted: Jul. 21, 2020 5:39PM
CHEK
WatchSaanich police say it's an unusual crime: an unprovoked assault of a stranger by a stranger. It happened at Cadboro Beach last night when a woman found herself the victim of a vicious attack.

Warning. This story contains images that may be disturbing to some viewers. Discretion is advised.

Saanich police say at Cadboro Bay, fewer than 24 hours ago, a man viciously attacked a woman sitting by herself at 10 p.m. Monday night.

“It appears at this time to be unprovoked. We have no information at this point as to why she was assaulted in this manner,” Const. Markus Anastasiades, public information officer for the Saanich Police Department, said Tuesday.

The random assault happened at the west end of Cadboro Bay, past Gyro Beach. Olisha Mitchell says she parked her car and walked a few steps to the beach for a cigarette.

Although too distraught for an on-camera interview today, she shared images of her face.  They show a huge bruise on the side of her face.  Mitchell said she is still suffering from a sore neck as a result of the attack. 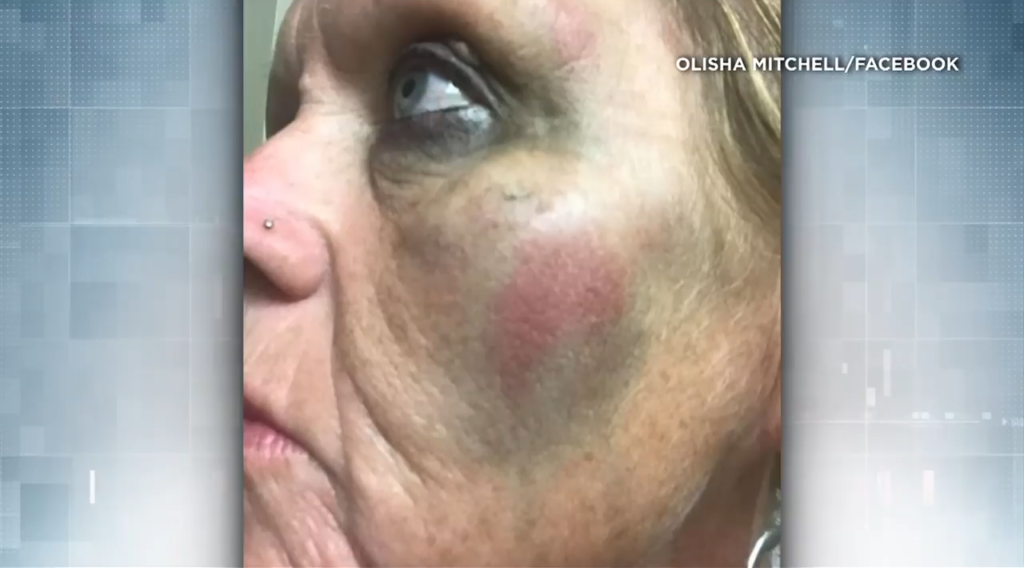 The victim told CHEK News she had just unplugged her phone from her car, which was parked a short distance away. She sat down to look at the ocean when she saw a man approaching. But she looked down at her phone because she didn’t want to engage with him in conversation.

She said a shadow appeared out of the corner of her eye and the next thing she knew, he was punching her in the face. Olisha said after hitting her, the suspect ran up the stairs leading to the cul-de-sac of Telegraph Bay Road and onto Cadboro Bay Road. She called 911 and hid in the bushes until police and ambulance arrived.

Her son, Kelsey Mitchell, said his mother is still in shock.

“Today she is pretty shaken up. She has a big bruise on her face.and she’s in quite a bit of pain. Emotionally, she’s just not that great.”

Kelsey said his mother enjoys driving to parks and beaches and then going for a walk. Now he’s worried about her after this vicious attack.

“Not good shape at all. she was, she was, really just shook. Really shook,” he said.

The suspect is described as a man wearing a dark hoodie, blue jeans, and white running shoes.

Anyone who may have information is asked to contact Saanich police. They are also asking any residents in the area of Tudor Avenue and Telegraph Bay Road to review their home CCTV footage for any possible leads.  Saanich police can be reached at 250-475-4321 or tips can be submitted anonymously through Greater Victoria Crime Stoppers at 1-800-222-8477. 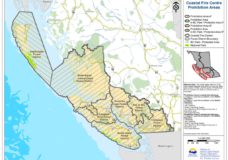 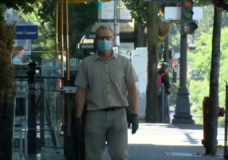