Update: Bus driver okay after a fire breaks out in Victoria

WATCH: Video of a Wilson Bus fire at Fort and Blanshard in Victoria. The first video is courtesy Mona Hazeldine. Video of the fire at the street level is courtesy Avalon Accounting’s twitter account.

Latest: Wilson Transportation says a bus driver is fine and has the rest of the day off after a fire broke out on board one the company’s vehicles Wednesday morning in downtown Victoria.

John Wilson says the driver was examined by medical officials and is okay.

Wilson says the company will conduct its own investigation into what caused the blaze that burst out on Fort and Blanchard streets Wednesday morning.

Victoria Police first reported the fire just before 8:30 a.m. while assisting Victoria firefighters on the scene.

Nearby businesses were evacuated and traffic was disrupted.

There were no other passengers on board.

Wilson said the last time an incident like this happened on one of the company’s vehicles was more than a decade ago.

We are at Blanshard & Fort for a vehicle fire. Please avoid the area. We will be evacuating people from nearby businesses. #yyjtraffic

Traffic at Fort & Blanshard & nearby businesses will be disrupted as we are closing streets to support Victoria Fire Department quell the flames. #yyjtraffic 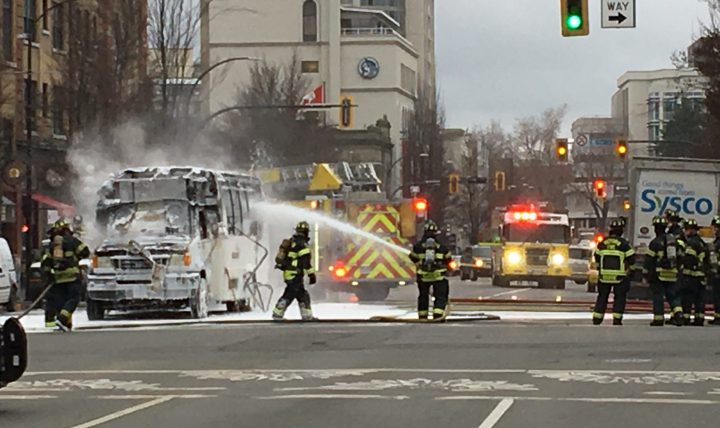 A Wilson Transportation bus on fire at Fort Street and Blanshard Street in Victoria Wednesday morning. 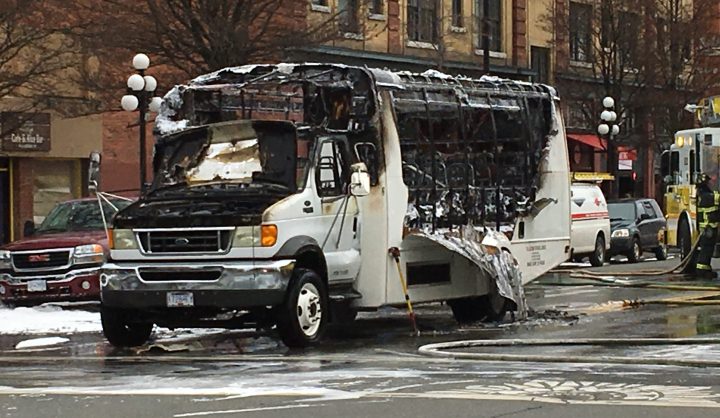 A Wilson Transportation bus after a fire broke out Wednesday morning on Fort and Blanshard Streets. 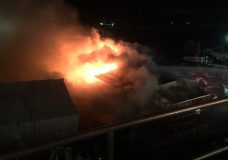 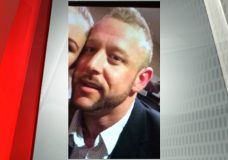