September 17, 2019 updated
CHEK
Watch It's no secret the West Shore has seen a massive building boom over the last few years. And one of the biggest projects will see Colwood's population increase by more than 40 per cent. Tess van Straaten takes a look.

As you drive down the hill to where Colwood’s gravel pit was for 100 years, it’s hard not to be amazed by the transformation.

“It’s a huge opportunity for Colwood because this represents one of the last undeveloped pieces of land on the West Shore so it’s extremely exciting to be a part of,” says Ben Mycroft of Royal Bay’s GableCraft Homes

And the 419-acre seaside community promises to be the new heart of Colwood with a 150,000-square foot commercial core.

The mixed-use, urban village will have office space, a grocery store and restaurants.

Parkland will also be a prominent feature in the development.

“Over a quarter of the lands will ultimately become high-quality public park space within a five minute walk of everybody’s front door,” Mycroft says.

Construction hasn’t even started yet on the Royal Beach side, which is owned by Seaquest Properties.

By the time the entire Royal Bay project is done, there will be at least 2,400 homes and more than 7,000 people will live in the master-planned community.

“It’s going to define who and what we are and we’re really looking at the seaside village as an opportunity to be something really special here on the West Shore,” says Colwood Mayor Rob Martin.

The West Shore building boom has been underway for more than a decade now, making parts of the region unrecognizable.

“I think if people were to come back after 10 or 15 years they would barely recognize it — new roads, new schools, news businesses, neighbourhoods that were never here like this one,” Westshore Chamber of Commerce president Mike Reilly says.

Royal Bay Secondary is already over capacity and currently being expanded.

It will be the largest high school on Vancouver Island when it’s done — with more than 1600 students.

But with more people living here, the push is now on to attract more businesses.

“Especially attracting employers so people don’t have to leave our community to work,” Martin says. “That’s one of the biggest messages I get and it would help ease the transportation issues.” 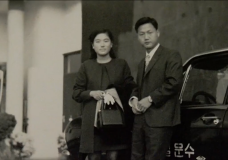 From Korea to Canada: One family's incredible journey from hardship to success 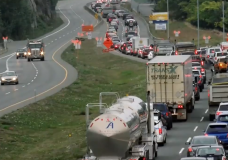 Commuting from the West Shore: Why some say it's worth it