Canadian rock star Bryan Adams kicked off the Canadian leg of his nineteenth concert tour at the Save-on-Foods Memorial Arena on Tuesday night.

The “Ultimate” tour is in support of his sixth compilation album of the same name.

Fans from across the city, Vancouver Island, and from as far away as Denmark and Germany gathered to hear from the artist responsible for such huge hits as Cuts Like A Knife, Run to You, Heaven and (Everything I Do) I Do It For You.

“I’ve been listening to him for years,” said one fan.  “My favourite song is Summer of 69”

“Its exciting that we’re seeing a fellow Canadian in town,” said another.

Adams is at the Rogers Arena in Vancouver on Wednesday night. 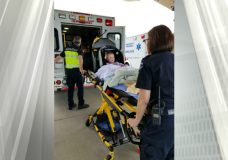 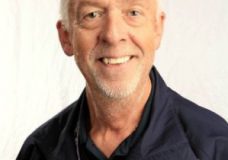