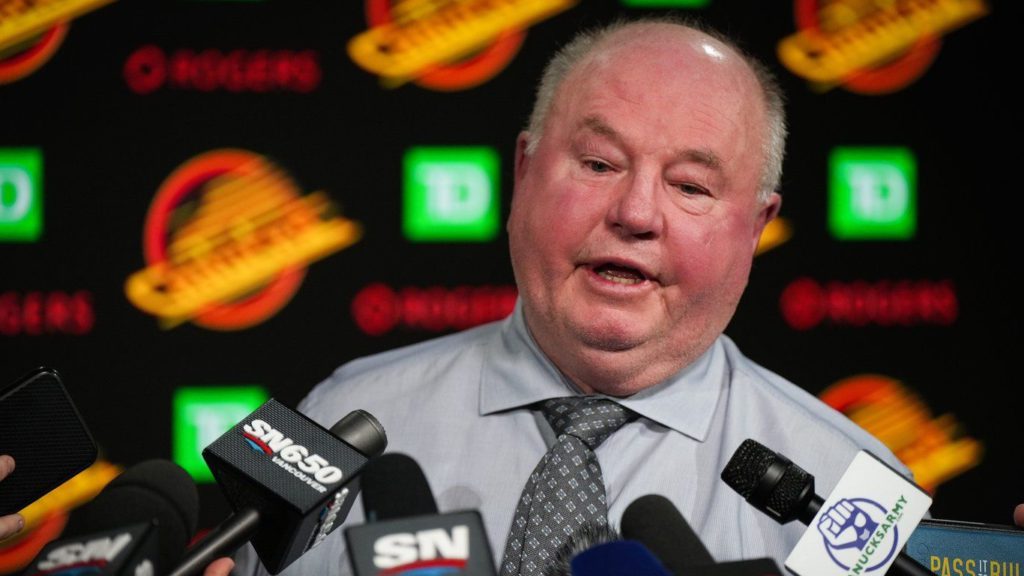 The Canucks announced the move on Sunday, saying in a release that the 68-year-old veteran NHL coach has been replaced by Rick Tocchet, former head coach of the Tampa Bay Lightning and Arizona Coyotes.

“Rick Tocchet brings a wealth of knowledge to this team from both a coach and player perspective,” general manager Partik Allvin said in a statement. “He has had more than two decades of coaching experience, guiding teams of various styles. As a player, he displayed a high level of character, grit and intensity, while recording impressive offensive numbers.”

The team has added Adam Foote as an assistant coach and Sergei Gonchar as a defensive development coach.

“Both individuals enjoyed long, successful playing careers as NHL defencemen and together provide a wide range of expertise on both sides of the puck,” Allvin said.

“Tocchet, Foote, and Gonchar all bring a championship pedigree to the organization and we look forward to welcoming them to Vancouver.”

The changes comes after the Edmonton Oilers handed Vancouver a 4-2 defeat Saturday, marking the Canucks’ third loss in a row and their ninth in the last 10 games.

Vancouver (18-25-3) has given up multi-goal leads in eight losses this season and sits sixth in the Pacific Division, 14 points out of a playoff spot.

Boudreau was hired on Dec. 6, 2021, replacing former head coach Travis Green. Under Boudreau’s guidance, Vancouver went 32-15-10 to close out the campaign and missed the post-season by five points.

Talk has long swirled that the Canucks were planning to make a coaching change, and the coach took some time after Saturday’s loss to stand on the bench and applaud the crowd as they chanted “Bruce, there it is!” to the tune of Tag Team’s “Whoomp! (There it is)”.

“I just wanted to savour looking at the stands because who knows if I’m ever going to get this chance again,” he said. “And just keep that in my mind and the memory, let it burn there forever.”

Canucks defenceman Luke Schenn said players continued to compete for Boudreau despite an abundance of outside noise and a disappointing string of results.

“Obviously, we feel like we let him down in the room. He deserves better. I think that’s on us as players,” he said. “I’ve played obviously a long time and I’ve gone through, I don’t know, a handful of coaching changes. And a lot of time you do need a shake up and sometimes coaches do lose the room and I don’t think this was the case here.

“Guys enjoy playing for Bruce and in this room, we feel like we let him down. We wanted to continue to try to do better for him and unfortunately, just too many losses pile up.”

After last season’s success, expectations for the Canucks were high heading into the 2022-23 campaign.

“Not making the playoffs would be a disaster for us,” Boudreau said ahead of training camp.

“But to make the playoffs we have to do better and be more consistent over 82 games, not just 56 games or whatever the number was. … I would call it a failure if we didn’t succeed in our goals this year.”

The Canucks lost their first seven games of the season and made history by becoming the first NHL team to lose its first four outings while giving up multi-point leads in each.

While Vancouver consistently found ways to score, the team also given up an average of 3.96 goals per game. The Canucks’ penalty kill has been a liability, operating at league-worst 65.9 per cent.

Boudreau said the group constantly works on defending in practice.

“That’s all we really work,” he said after a 5-4 loss to Vegas in November. “We don’t work on too much offence because we’re scoring enough goals but we work on defending. And that obviously still needs more work.”

Vancouver hired Boudreau before either Rutherford or Allvin took their roles in Vancouver.

The coach said Saturday that he believed his tenure was over after “certain things were said” in November.

“And it wasn’t. We kept going. We kept going,” Boudreau said. This last stretch was pretty tough. … The guys gave it their all. I’m so proud of them.”

A former centre for the Toronto Maple Leafs and the Chicago Blackhawks, Boudreau previously coached the Washington Capitals, Anaheim Ducks and Minnesota Wild. He won the Jack Adams trophy as the league’s top bench boss in 2008.

Asked after the Canucks’ season-opening road stretch how the extended skid was affecting him mentally, Boudreau said losing was nothing new.

“I’ve been through all this before. You try to keep an even keel,” he said. “I try not to read anything (the media) writes, try not to watch too much TV, other than the game itself, and just sort of stay in my own little zone and just do what we do to prepare for the games.

“And I’ve just been through this so many times that I know if we keep doing the right things and stay upbeat about it that good things end up always happening.”

Your dedication and passion for the game have created a lasting impact on the Vancouver Canucks and our community.

This report by The Canadian Press was first published Jan. 22, 2023. 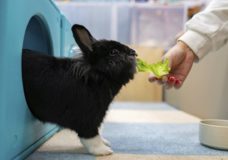 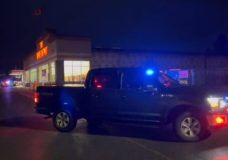