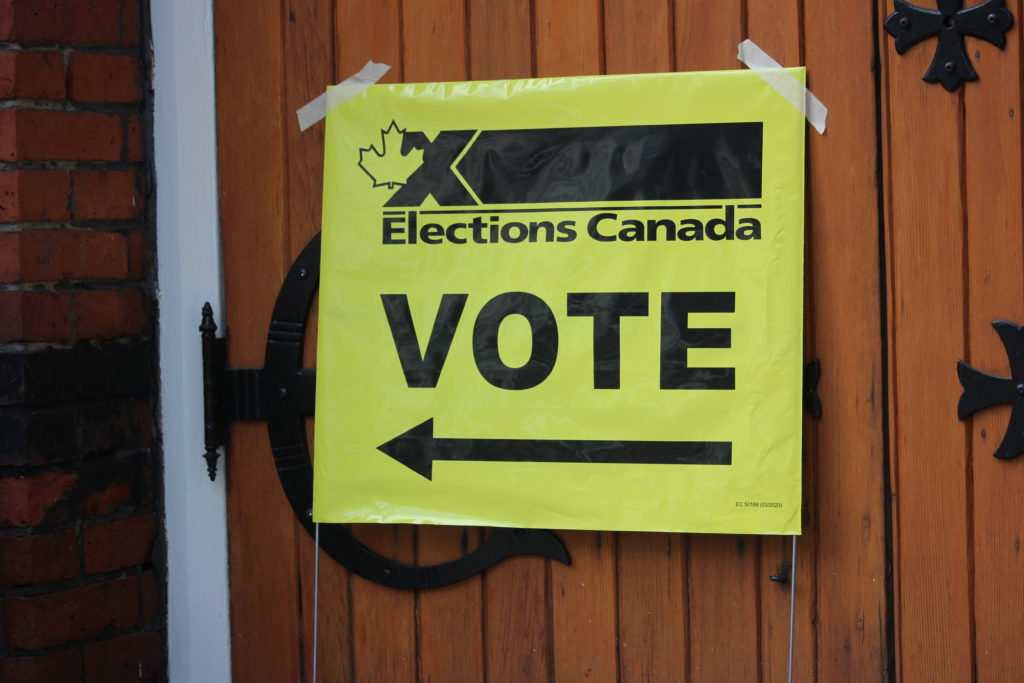 The 2022 Federal Electoral Boundaries Commission for the Province of British Columbia has outlined a set of recommendations that would alter B.C.’s electoral map ahead of the next federal election.

The recommendations to change the electoral map, put forward by the boundaries commission, were based on a considerable study of the picture of British Columbia painted by the recently released census information.

The electoral map adjustments mainly factor into the growth and redistribution of the population in an effort to create effective representation, according to the commission.

The Federal Electoral Boundaries Commission also recommends renaming certain electoral districts as part of the report in an effort to better describe them.

On Vancouver Island, the commission identifies two regions that have grown quickly in recent years, Nanaimo and Saanich.

The commission is recommending that Nanaimo’s northern boundary on the electoral map be shifted south and for balance, a portion of the City of Courtenay from Courtenay—Alberni would be incorporated in North Island—Powell River, giving Courtenay two electoral districts.

The report also proposes that Saanich—Gulf Islands incorporate more of the Saanich Peninsula from Esquimalt—Saanich—Sooke.

As part of the study, Victoria remains unchanged and only minor changes were applied to the Cowichan—Malahat—Langford.

Below is a map outlining the newly proposed changes to Vancouver Island. 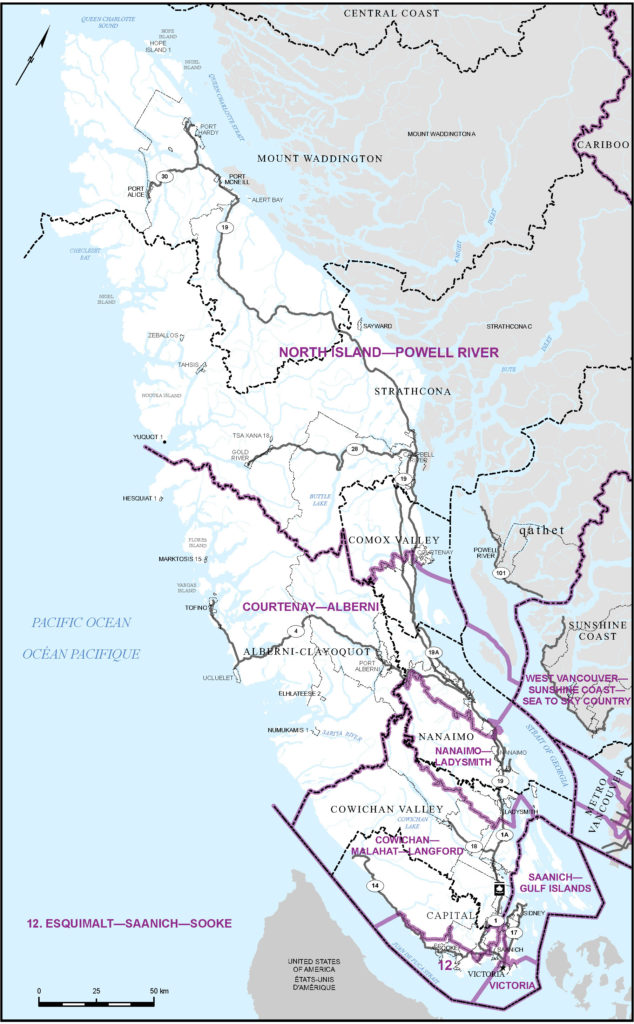 With the changes, all Vancouver Island electoral regions contain a population of greater than 120,000 people.

For the province as a whole, the Boundaries Commission says that “we have come to the conclusion that the unbalanced effect of the population growth across the province often requires adjustments spreading out over multiple ridings in order to adequately address what was becoming a pattern of serious over- and under-representation.”

In mindfulness of Indigenous communities across B.C., the commission says that it sought to locate each of these communities within one electoral district and not split over a boundary line.

“In fashioning this proposal for British Columbians, the Commission has attempted to reduce disparities between electoral districts within the regions, influenced by the factors of historical pattern and community of interest and identity, and with voter fairness and effective representation in mind,” reads a statement from the commission.

The Federal Electoral Boundaries Commission notes that it has been mandated by the Province to provide 43 electoral districts in total, which marks an increase of one from the previous allotment.

All the detailed recommendations for changes across B.C. can be found in the redistribution report, located online here. 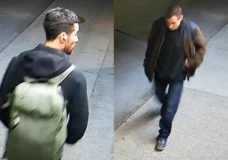 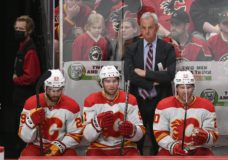