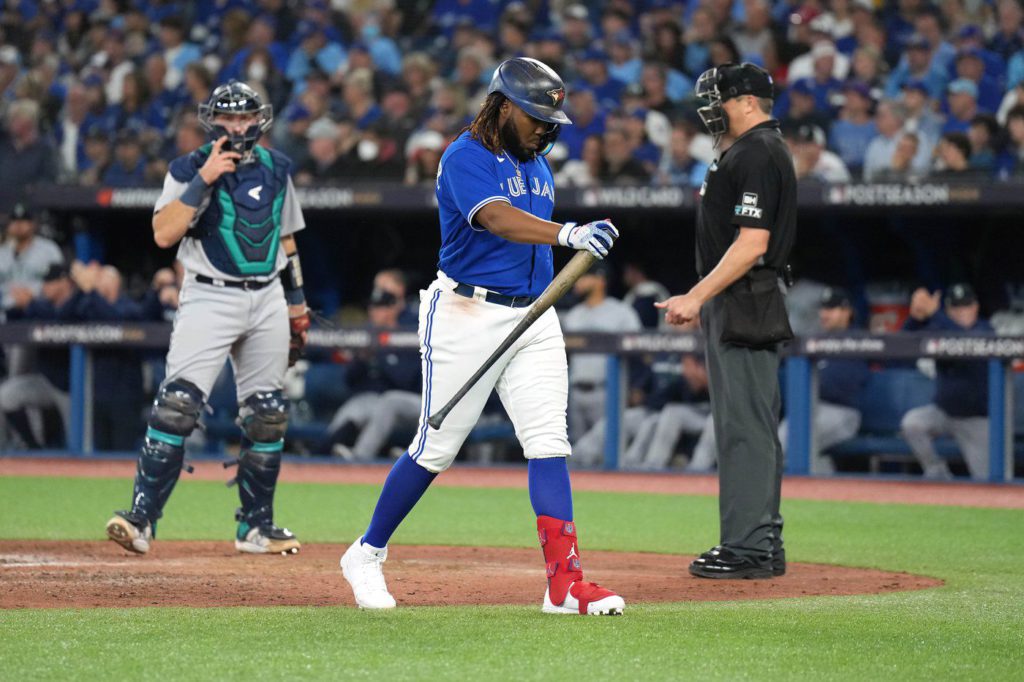 The Seattle Mariners won their first playoff game in more than 20 years after they defeated the Toronto Blue Jays in Game 1 of their American League wild-card series Friday.

The Blue Jays are now facing elimination and must win Game 2 on Saturday in order to force a decisive Game 3.

The cushion was more than enough for Castillo, who allowed six hits and didn’t issue a walk over his 108-pitch outing. Reliever Andres Munoz came on to record the last five outs.

The boisterous crowd of 47,402 was in full voice at the start of Toronto’s first home playoff game since 2016. Edwin Encarnacion, who hit a walk off homer in the play-in game that year, threw the ceremonial first pitch.

Manoah was dominant at times through the regular season but may have battled some early jitters in the late-afternoon start. He hit Rodriguez in the first at-bat of the game and gave up an RBI double to Suarez.

Raleigh then turned on a full-count pitch to give Seattle a 3-0 lead before the game was 10 minutes old.

Castillo, meanwhile, was acquired by the Mariners at the trade deadline for this type of playoff assignment. He set the early tone by retiring the side on groundouts in the opening frame and refused to let Toronto get on track offensively.

The Mariners have some pop at the top of their lineup with Rodriguez — a virtual lock for the American League rookie of the year award — a key offensive anchor. But Seattle’s main strength is on the mound with a solid rotation and a bullpen that led the AL in several pitching categories.

Alejandro Kirk put some energy back in the building in the second inning with a leadoff single but was quickly erased when Teoscar Hernandez hit into a double play.

Manoah hit Rodriguez with another pitch in the fifth inning and it proved costly again. Ty France moved him to third on a single and Rodriguez came across when Suarez hit into a forceout.

Toronto had two runners on base in the third and again in the fifth inning but couldn’t bring a run home. Both teams had seven hits and the Blue Jays left seven runners on base.

Manoah, who was pulled after 5 2/3 innings, gave up four hits, four earned runs and a walk. He had four strikeouts. Tim Mayza, Yimi Garcia, Zach Pop, Trevor Richards and Adam Cimber all worked in relief.

Castillo was pulled in the eighth inning after hitting George Springer with a pitch in the left wrist area. Springer stayed in the game but was left stranded after Bo Bichette flew out and Vladimir Guerrero Jr., grounded out.

Matt Chapman provided Toronto’s first extra-base hit of the game with a two-out double in the ninth inning. Raimel Tapia grounded out to end it.

Blue Jays infielder Santiago Espinal, who missed the last two weeks with an oblique strain, was included on the team’s 26-man roster for the series. Backup catcher Gabriel Moreno and reliever Yusei Kikuchi also made the cut.

Moreno gives Toronto three catchers and the flexibility to use Kirk or Danny Jansen behind the plate or as a designated hitter if needed. Kirk started at catcher for Game 1 while Jansen batted eighth as DH.

Kikuchi struggled as a starter this season but has improved of late in a bullpen role. He offers a power arm from the left side.

The Mariners have tabbed Robbie Ray to start Game 2 and Logan Gilbert for Game 3, if necessary.

Toronto planned to wait until after the series opener before naming its starters for the weekend. Kevin Gausman and Ross Stripling were favourites for selection.

Prior to clinching a playoff birth, the Mariners’ last postseason appearance came in 2001. That year the Mariners defeated Cleveland 3-2 in the American League Division Series and then lost 4-1 to the New York Yankees in the AL Championship Series.

The series winner will advance to the AL Division Series starting Tuesday in Houston.

The Blue Jays did not make the playoffs last year and were swept by the Tampa Bay Rays in a wild-card series in 2020. Toronto last reached the AL Championship Series in 2016 and last won the World Series in 1993. 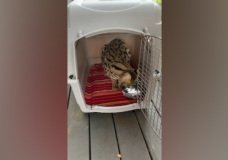 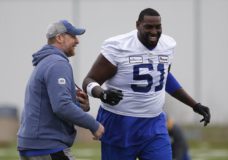