The blistering heat is baking some food that’s not really meant to be cooked — berries are drying up in some farms on the Island and this could mean a gap in supply.

More than a dozen of his employees didn’t show up to work on Monday, likely due to the heat.

The record-breakingly hot conditions are also taking a toll on the berries at his farm.

More than a quarter of his raspberries and half of his tayberries have been destroyed.

“This is the worst it’s ever been. Definitely the worst,” Dheensaw said.

When they’re dried up, the only thing he and his farm workers can do is toss them out.

Some of the ones he did manage to salvage and send out to local markets were returned because they were too ripe.

“Production’s down. Everything’s down. It takes more time for these crops harvested in these warm temperatures,” he said.

And he’s not alone — other farms are feeling the heat as well but are taking it in stride.

“If was 40 years younger, I would be worried, but I’m in my 80s, so you come and go and when you see these things and you can’t do anything about it. You just got to go roll with the punches,” said Norrie Spencer, the owner of Rosemeade Farms.

He said his field would normally be packed with people picking berries, but it’s been empty for the last few days.

Cornelis van Kooten, a University of Victoria economics professor, said it’s not unusual for farms to be hit with disasters and bad seasons.

He explained there are government programs for farmers who are affected financially.

“As long as you have insurance, you’re fine. If you don’t, you’re in trouble,” he said.

Part of that trouble is simply farming berries as they are more sensitive to the heat — making this year’s crop a real gamble.

But not all are affected as blueberries are beating this heat and are ripe for the picking. 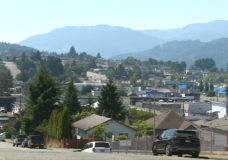 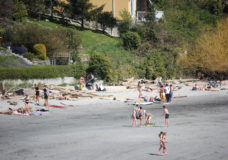