On Wednesday morning, drivers travelling the Island Highway through Nanoose Bay will have seen the billboards for Lisa Young and Angeline Pete, two missing and possibly murdered Indigenous women from Vancouver Island.

In August of 2018, Jeannine Lindsay and Carla Voyageur of the Comox Valley hatched an idea to make red dress pins and earrings.

The proceeds would fund signage for missing or murdered indigenous women here on Vancouver Island.

“So Carla did the first beaded red dress and it just took off from there. We had friends and family ordering pins from us,” said Lindsay, one of the project’s co-founders.

Twenty-one-year-old Lisa Young went missing in Nanaimo in June 2002 after leaving a party with someone, she met that night, in his jaguar. 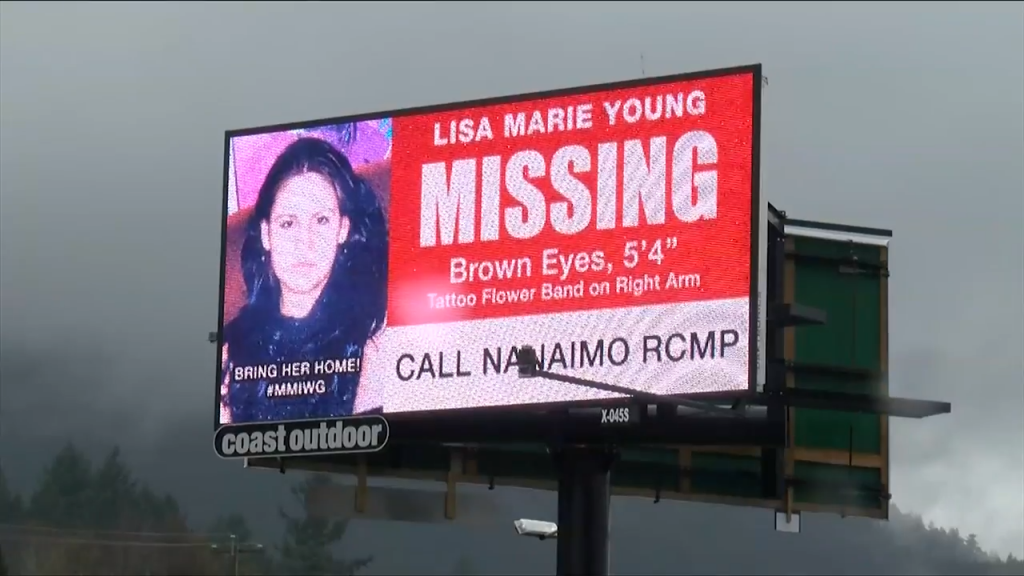 Angeline Pete was from the Quatsino First Nation on Northern Vancouver Island. She was 28 when she went missing from North Vancouver in August 2011. 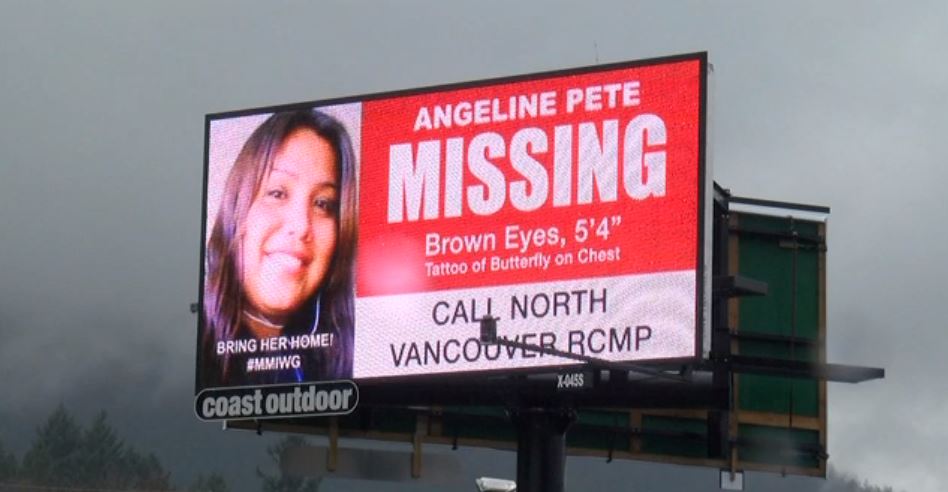 Both disappearances have been devastating for their families.

“I can’t even imagine what they must go through on a day to day basis having somebody just drop from the face of the earth to them,” said Voyageur, the other project co-founder.

“We’re hoping if anyone has any information to call the RCMP and let’s bring a little bit of hope, closure if that’s what it needs to be but we need to bring in information so we can find out what happened to these women,” said Lindsay.

The electronic billboard plus a sign in Black Creek will be up for four months at a cost of over $7,000.

“Just a shout out to all our supporters who have bought from us. We basically raised all the funds one bead at a time so it’s pretty profound when you think of it in that light,” said Voyageur.

They’re hoping this project will inspire other projects raising awareness about missing and murdered Indigenous women and they say there will be more billboards in the future. 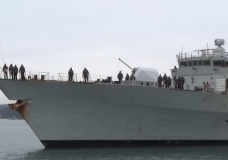 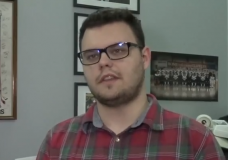