Bear mauls Ucluelet woman’s van after getting trapped inside

“This is absolutely devastating.”

Katharine Fleming was surveying the extensive damage inside her 2015 Honda Odyssey after an intruder let themselves in Friday morning.

“I heard my horn honking, we actually thought someone was breaking into the car,” said Fleming.

Instead she found that a bear had got in the van and the door closed behind it, trapping it inside.

The bruin panicked and began ripping it apart. In cell phone video she was recording at the time you can hear Katharine almost breaking down as the bear breaks anything it can get its sharp claws and teeth on.

“My car, my van. There’s a bear inside my car destroying it right now,” she said in the video.

They called police and an officer tied a rope to a door handle on the van and with a tug from behind the door of a nearby garage, the bear was set free.

“It was devastating,” Fleming said. “At the time I just thought that poor bear he’s just frantic he needs to get out but I was too afraid to open the door.”

The inside dashboard was completely ripped apart, seats were chewed and the inside of both front doors were smashed open.

Locals says this is about the ninth time this has happened in Ucluelet alone in recent weeks.

“Just make sure you don’t have any food in your vehicle and her’s didn’t either, that’s the other weird thing but I think this bear that’s in town has figured out that there is food in vehicles just like there is in bins so they search it anyway,” said Ryan Wackett.

The BC Conservation Officer Service says this is a classic exampled of “learned behaviour” where a bear finds something once and will go looking for it again.

“They are incredibly smart and very fast learners so this bear has obviously learned that there is food inside some cars so now when he sees a car and he has an opportunity he’s going to go and find out for himself,” said Conservation Officer Stuart Bates.

Adding insult to injury, when Fleming tried to make an insurance claim, she was told her policy had lapsed in February.

The company had apparently tried to contact her through her husband’s cell phone, but he died in 2019.

She is now faced with a bill, possibly totallying thousands of dollars to repair her van. 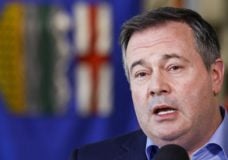 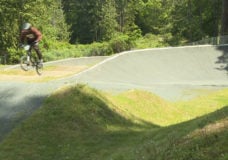