Posted: Aug. 7, 2020 6:16PM | Last Updated: Aug. 7, 2020 6:39PM
CHEK
WatchA flight that left Victoria last week bound for Calgary has now been flagged for possible COVID-19 exposure. Yet those on the flight won't be contacted directly. And there's a battle underway about who exactly is to blame for that.

The BC Centre for Disease Control (BC CDC) has added a WestJet flight from Victoria to its list of COVID-19 public exposures, the second time a Victoria flight has been linked to exposure.

At least one case has been identified onboard WestJet 538 that flew from Victoria to Calgary on July 29. People seated in rows five to 11 are at higher risk, according to the BC CDC website.

The BC CDC asks all passengers aboard a flight with a confirmed case to self-monitor for symptoms for 14 days.

All travellers from outside Canada must self-isolate for 14 days already, which can limit the possible spread of the illness from international flights.

The first time a Victoria flight was linked to COVID-19 exposure was an inbound Air Canada flight from Vancouver on July 13.

There were also warnings issued for a Delta flight on July 29 from Seattle to Vancouver and a flight from San Francisco on Aug. 1.

The latest public exposure advisories come as the province announces 53 more cases on Friday and another outbreak in a long-term care facility.

The Fraser Health authority says one staff member at Derby Manor has tested positive for COVID-19.

B.C. Transportation Minister Claire Trevena sent a letter to her federal counterpart earlier this week asking for help in getting airlines to provide more complete information on passengers to aid contact tracing efforts.

Provincial health officer Dr. Bonnie Henry said on Tuesday that the lack of contact information public health officials get from airlines “would shock you.”

Henry said the airlines collect information for a different reason, which means health officials might get the name of the person or company who booked the ticket rather than the person who was actually on the flight.

She said they’ve told officials at Transport Canada that during the pandemic, public health workers need to be able to contact people quickly.

“Introductions from other provinces, but also from countries into Canada, are one of the things that put us at risk. So, we need to have a system that allows us to identify people rapidly.”

A joint statement from Henry and Health Minister Adrian Dix says there were no new deaths. The death toll has been unchanged at 195 for a week.

There are a total of 3,934 cases in the province, although 3,353 people who tested positive have recovered.

Eleven people are in hospital and four of those are in intensive care.

In a tweet on Friday, the president of the Vancouver Police Union said three officers tested positive for COVID-19 after responding to a party with more than a hundred people.

Please party responsibly. 2 entire patrol teams of VPD members are off in isolation because of an out of control 100+ person party they had to respond to. 3 members have now tested positive

He did not say when or where the party happened or if any guests were confirmed to have had the illness.

With files from Canadian Press 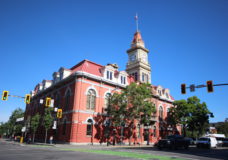 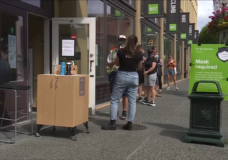