For many years, Adam Olsen lived in worry that people would find out he’d suffered from a drug addiction in his youth.

He told few people about the cocaine use he battled in his 20s. And the BC Green Party, under which he was elected MLA for Saanich North and the Islands, crafted a contingency plan to explain the issue if it ever became public.

“I felt a lot of shame and a lot of taboo around that part of my history,” he told CHEK News.

“It’s not something that I would talk about openly or publicly because there’d be a lot of judgement around it and a lot of stigma around it. And I think it’s that stigma, frankly that is taking a lot of lives.”

As B.C.’s overdose crisis continues to worsen, Olsen said he now feels a responsibility to stand up and tell his story in the hopes it helps destigmatize addictions and encourage others to talk about the very real risk of the tainted drug supply that has killed almost 7,000 people in the last five years.

“As a person in the public light… I believe I have a responsibility to be a part of destigmatization,” he said. “It’s not good enough for me to stand up and say we need to destigmatize this. I felt it was time for me to take personal action to destigmatize it.”

Olsen plans to tell his story to fellow MLAs at a private members’ speech in the legislature on Thursday. It will be one of the first times he has spoken about it publicly.

“Part of sharing this is to say look hey sometimes addiction looks like the face that you see in the camera,” he said.

Olsen, 45, said his cocaine use started in his 20s, after high school, while he was working in Victoria’s restaurant sector.

“Addictions has run its course through my family, so I was highly susceptible to that,” he said.

The use lasted for much of his 20s, until he met his future wife, Emily, and was able to stop.

“She didn’t know for a long time, and I told her after several months that she saved my life,” said Olsen.

As he watches B.C.’s tainted drug supply kill an average of six people a day, Olsen said he realizes if he was a user today, in the same circumstances, he’d likely have overdosed.

Olsen said he’ll continue to push at the legislature for government to decriminalize personal possession of small amounts of drugs, increase treatment options and widen availability of safe supply.

“That decriminalization is really important because if you get caught right now with illicit drugs you become a criminal, it is not treated as a health care issue it’s treated as a criminal issue,” he said. “That therefore drives the stigma.”

Olsen said had he been arrested for drug use in his 20s, he’d never have been able to later become an elected councillor for the District of Central Saanich and then an MLA.

“If was ever caught by a police officer and put through the criminal justice system, my life would have been completely destroyed. There would have been no chance of me … having a seat up in the legislature to be a productive participant in changing the stigma.”

Olsen said he’s no longer worried about what people might think of his past addiction, that he no longer feels any shame and that he’s determined to use his public profile to help others by sharing his story.

“I haven’t always been comfortable talking about this, but I’m far enough away from it now,” he said.

“I can be part of the solution to this, and say we really need to do our best to help people in crisis, and that includes standing up and sharing our stories.” 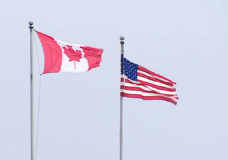 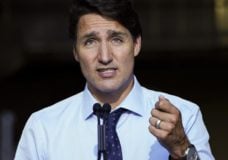