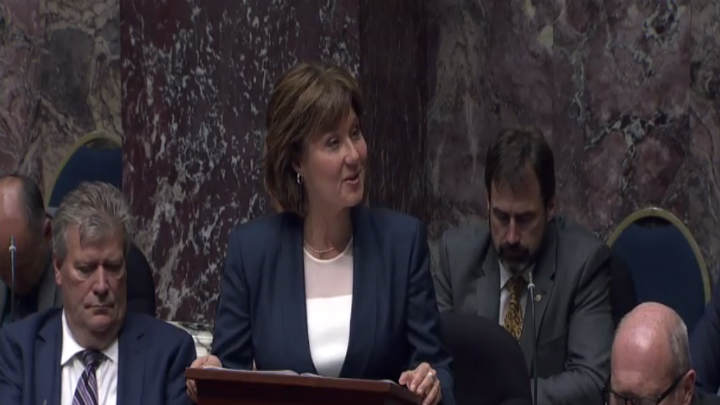 Christy Clark speaks at the B.C. legislature ahead of the confidence vote on June 29. Credit: Hansard Broadcasting Services

The non-confidence vote was passed by 44 to 42, with the NDP and B.C. Green Party using their combined 44 votes to defeat the 42 Liberals. Former Speaker Steve Thomson, a Liberal MLA, was only able to vote in the event of a tie. Thomson resigned from his post following the vote.

Clark headed to Government House to meet with Lt.-Gov. Judith Guichon following the vote and said Guichon had retired to make her decision. The lieutenant-governor can now choose whether to trigger an election by dissolving the legislature or asking NDP Leader John Horgan to form a government. The 41 NDP MLAs and the three Green Party MLAs have reached a “confidence and supply agreement” where the Green Party will support the NDP minority government.  None of the parties won a majority of seats in the provincial election.

Waiting for Christy Clark to speak after meeting LG

Clark said Wednesday she ready to tell the lieutenant-governor British Columbia’s legislature can’t work if her Liberal minority government is defeated in a confidence vote on Thursday. 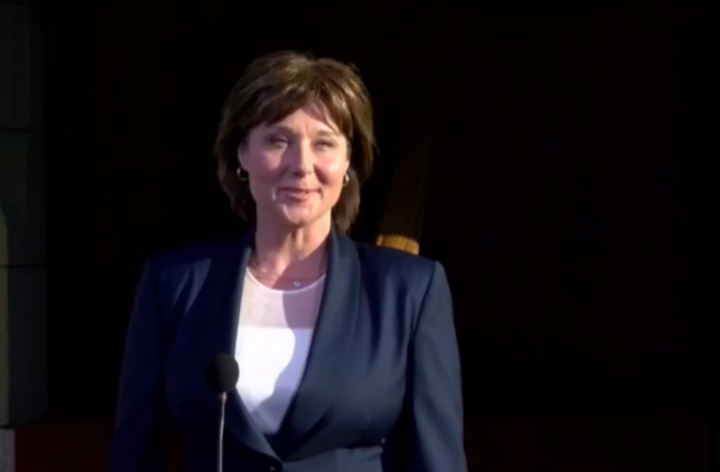 If Lt.-Gov. Judith Guichon asks her opinion, Clark said she will reply she hasn’t seen any evidence the house can function with the NDP and Greens holding a one-seat advantage in the 87-seat legislature. However, she also indicated she will leave the decision about whether to call an election up to Guichon.

In the Liberals? throne speech, Clark made 30 pledges that weren?t in their election platform, including a ban on corporate and union donations and a referendum on electoral reform.

WATCH: A timeline of the bigger moments since the May 9 provincial election, including May 24 when all the results were in declaring a Liberal minority and a few days later when the Greens made the decision to work with the NDP.

Green Party leader Andrew Weaver accused the Liberals of delaying the confidence vote and ignoring that the majority of MLAs would like to work together.

Carole James, NDP MLA for Victoria-Beacon Hill, said Clark was trying to trigger an election while people are waiting for improved childcare services while Clark said people would get those services if the NDP and Greens had supported the throne speech. In the throne speech, Clark made 30 pledges that were not in the Liberals’ election platform, including a ban on corporate and union donations and a referendum on electoral reform.

Clark delivered a speech in the house before the confidence vote. She said the NDP never had any intention to make the house work and want power.

“If this marks the end of my government, I stand here with humility and great gratitude for the people B.C.,” Clark said.

After the confidence vote, Horgan said he was excited and has his phone in his pocket to await a call from Guichon.

Today's vote is a step towards a new government that will put people first. We're ready to work hard for the people of British Columbia.

The B.C. Liberals have been in power for 16 years. 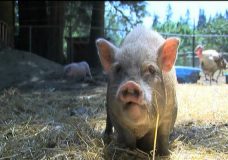 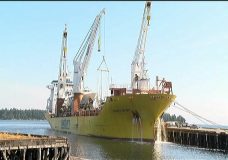