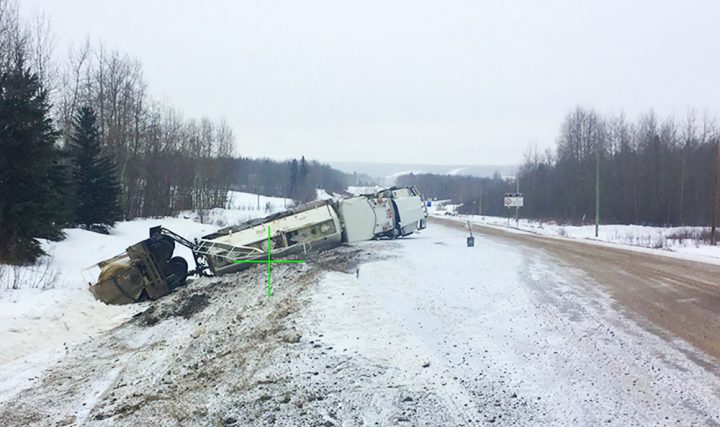 The tanker truck that was carrying the Hydrochloric acid on its side, near the Alberta border on Highway 2. Photo courtesy of B.C. Spill Response.

Environmental Emergency Response Officers from B.C.’s Ministry of Environment have contacted Northern Health officials, after a tanker truck carrying acid was involved in an accident Thursday near the B.C.-Alberta border.

Preliminary tests indicate the Hydrochloric Acid that was in the tanker may have made its way along a nearby creek.

Specialized Crews were sent to offload the product from the tanker Friday, but during the process it was determined that 17,000 litres of the product had leaked.

Initial reports after the accident stated that nothing had leaked from the truck.

Multiple pits were dug for the preliminary tests but the province says the extent of the migration of the acid is difficult to determine due to the snowpack depth and the product being clear in colour.

The truck was involved in the single motor vehicle accident near the town of Tupper B.C. — 200 metres west of the Alberta border.

Vacuum trucks are still working on the sides of the highway to remove any free product. 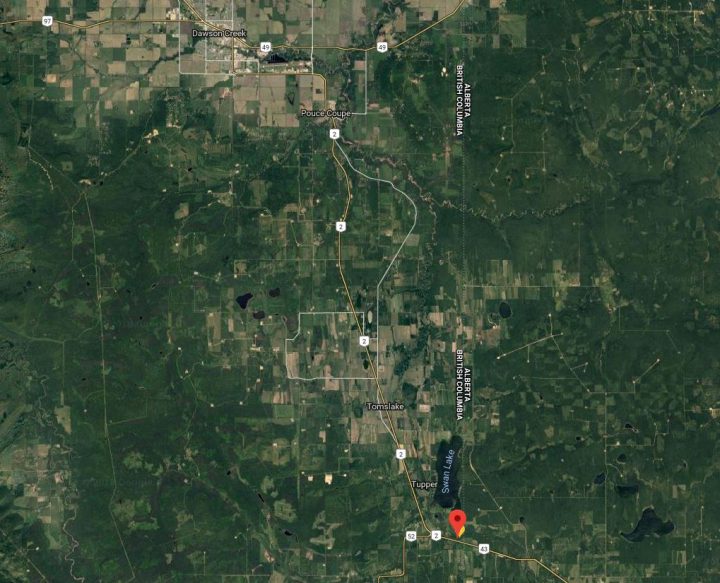 A map showing the location of the spill. Photo courtesy of B.C. Spill Response 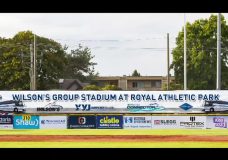 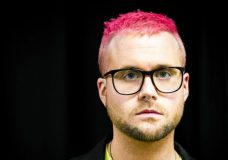