BC Ferries struggles financially, losing more than $1 million a day

Posted: Apr. 21, 2020 5:46PM
CHEK
WatchBC Ferries is still sailing but with dramatically fewer scheduled trips, and paying customers. It's losing more than a million dollars a day. And unless some help arrives in the form of government assistance, there could be further cuts. Mary Griffin reports.

On Tuesday, vehicles were lining up at BC Ferries’ Swartz Bay terminal for the 1 p.m. sailing to Tsawwassen, including a long line of trucks transporting goods between the mainland and Vancouver Island.

The sailing is just one of the few departures as sailings have been dramatically cut back.

And the difference is noticeable.

“It’s very, very quiet. The top deck is essentially closed down. They only want you going up there to use the washroom facilities,” Dade said.

As an essential service, BC Ferries must maintain a certain number of daily sailings. The corporation’s CEO, Mark Collins, said it’s bleeding revenue with a reduction in ridership of 80 per cent compared with last year. “On a daily basis, compared to this time last year, we’re losing one million dollars on a good day, o as much as one and three-quarters of a million dollars on a bad day,” Collins said.

BC Ferries is exempt from paying corporate income tax, saving it millions of dollars in the past. But that may be a stumbling block to receiving federal aid. Premier John Horgan says Ottawa’s wage subsidy program should be given to public transportation systems that depend on fare revenue, and provincial and municipal grants to operate.

“I’m not diminishing the province’s responsibility here. I’m just seeking to spread that responsibility to other partners so that we can maintain these services, keep people working as long as possible, and once we relieve the restrictions, get people back to work using public transportation,” Horgan said.

And Collins says all capital projects, such as the expansion of Swartz Bay, are on hold. And he doesn’t rule out further cuts if the restrictions continue for months.

“If we don’t get traffic coming back or there is not some kind of commitment or support from some level of government, or outside source, we will need to look more deeply into service levels as something we’d have to negotiate with the government, of course,” Collins said. 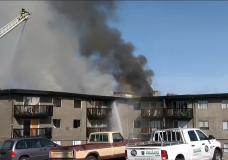 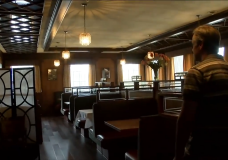