BC Ferries is seeing increased traffic this summer

If it seems it’s been busier at BC Ferries this summer, you’d be right.

The corporation says traffic is up this summer from last and it’s resulted in many sailing waits for customers.

Monday started out busy thanks to many travellers not getting on the last ferry last night and having to stay on Vancouver Island.

There were been numerous sailing waits, sometimes two and even three sailings, throughout the day at the Duke Point and Departure Bay terminals.

BC Ferries said Mondays are often a busy travel day but traffic has also increased this summer from last.

“For the month of July we were up about five per cent over last year,” says BC Ferries spokesperson Deborah Marshall. “What we’re seeing is with the lower Canadian dollar at 80 cents, more Canadians are staying at home and more U.S. travellers are coming to see us here. We’ve (also) had a stellar season of summer weather.”

Marshall says there have also been nine large events in Vancouver, such as the Bob Dylan, Neil Diamond and Bruno Mars concerts that have helped to increase traffic.

Marshall says the corporation is offering a sunrise and sunset savings promotion to help convince customers to travel at non-peak times this summer. 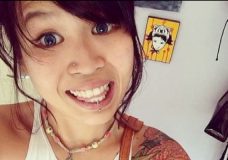 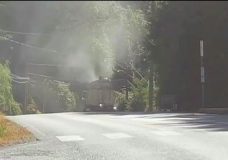