Anyone wanting to grab a quick beer, wine or cider in BC Ferries’ Coastal Cafes will soon be in luck.

The company announced it would begin offering alcoholic beverages “in the coming months” at the Coastal Cafes on vessels sailing between Metro Vancouver and Vancouver Island.

BC Ferries says the move comes after it introduced wine and beer to the Pacific Buffet more than two years ago “with no issues.” The company has received approval in principle for liquor licenses in the cafes subject to an inspector’s review.

“BC Ferries continually seeks ways to enhance and add value to our customers’ experience and offering alcoholic beverages in select Coastal Cafes is in response to customer feedback,” the company said.

Beverages will only be able to be purchased with a meal by people 19 and older, and can only be offered by staff who have their Serving It Right certification. There will also be a limit of two drinks per person, BC Ferries said.

“There will be locations on the vessel where patrons will be allowed to have their alcoholic beverages,” Astrid Chang, with BC Ferries, said.

She added the company will be focusing on local products from breweries, wineries, cideries and distilleries.

Passengers who spoke to CHEK News said they are excited about the announcement, but have concerns about drinking and driving off the ferry.

Chang emphasized that staff will be properly trained and will be monitoring passenger consumption and behaviour.

She added BC Ferries is currently going through inspections and procurement, meaning passengers might notice some work throughout the summer.

Alcohol will be available for purchase in Coastal Cafes by the end of summer, BC Ferries said. 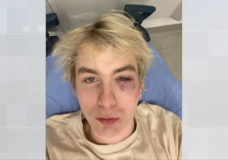 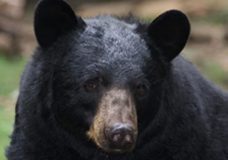