WATCH: The cost of visiting a dentist is on the rise. The BC Dental Association’s recommended fee guide for dentists is rising today by 2.5 per cent. So what does that mean for patients? Kendall Hanson takes a look.

Dental work is a necessity many here say they can’t afford.

Dave Shakespeare doesn’t have insurance and so he’s come to Vancouver Island University to get his teeth cleaned by hygiene students.

A cleaning takes much longer but prices are also a fraction of what they would normally cost.

He says he’s like many British Columbians who find the cost of going to the dentist is too high.

“It saddens me because dental health is very important and it’s getting out of reach for a lot of people,” said Shakespeare, a Nanaimo resident.

It’s getting even more expensive as of today.

The BC Dental Association is recommending average fee increases of 2.5 per cent.

The Association says the rises are due mainly to increasing wages, property taxes and equipment costs.

“For example, even the weakening of the Canadian dollar has an adverse effect on costs here in Canada because most dental equipment comes from the US,” said Jocelyn Johnston, the BC Dental Association’s Executive Director.

Shakespeare says he believes dental work should be covered by Canadian health care.

“Dental hygiene is part of the whole health package,” said Shakespeare. “There’s a lot of things that can happen if you have problems with your oral hygiene.”

And it’s something some politicians are calling for as well. Thirty-two per cent of Canadians have no dental insurance.

In December Vancouver-Kingsway MP Don Davies asked what steps the Liberals were taking “to ensure that all Canadians can access medically necessary dental care.”

Canada’s Health Minister Ginette Petitpas Taylor responded, “At this point in time with respect to investments we’re making in that area federally no investments are being made.”

“We are continuing our work in improving these services, and considering next steps,” said Adrian Dix in a statement.

Shakespeare says he would welcome any steps by the government to make dental care within reach for everyone who needs it. 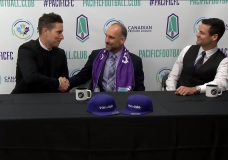 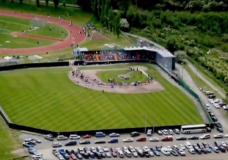